Her white dress figure will be shipped in December 2019, bust figure will follow in February 2020 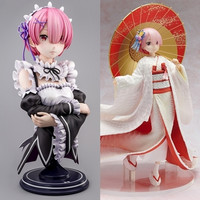 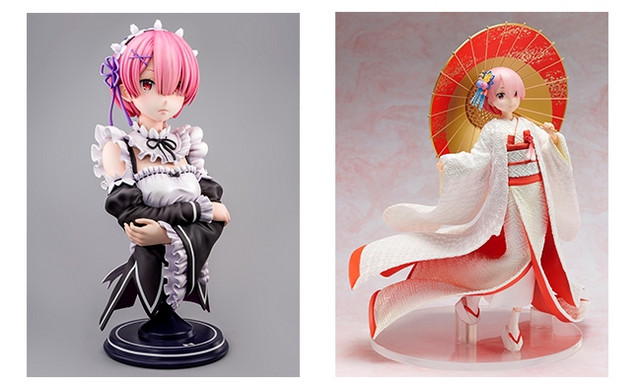 Rem's bust figure is already set to be released in October 2019, and as with Rem, all of Ram figure's parts

including her hair, maid costume's wrinkles, and skin's texture are all delicately recreated, which gives you

a feeling that "Ram is near to you." 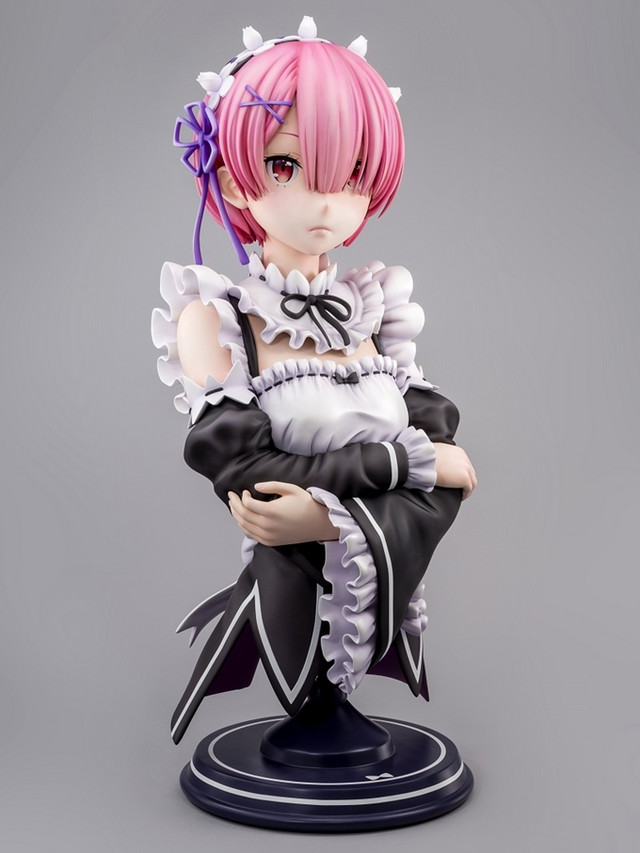 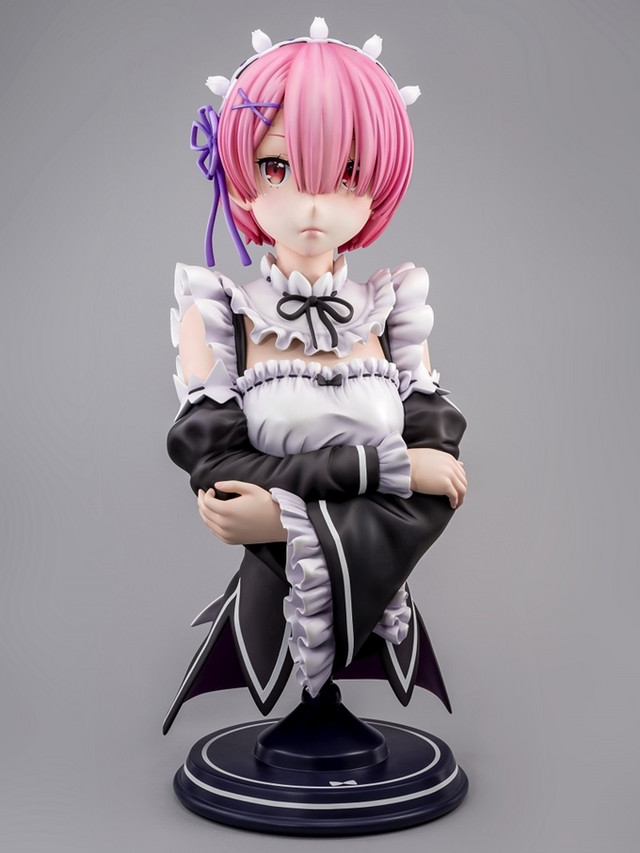 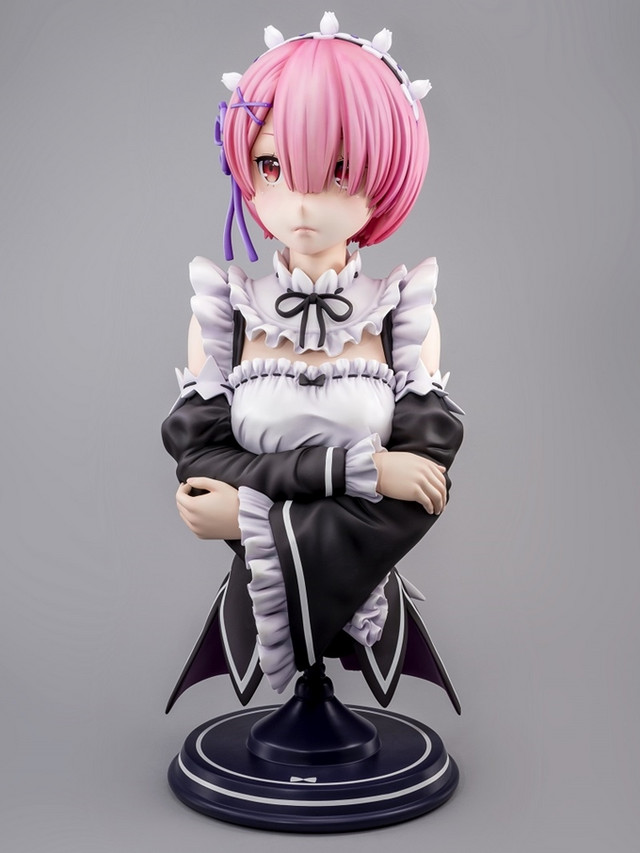 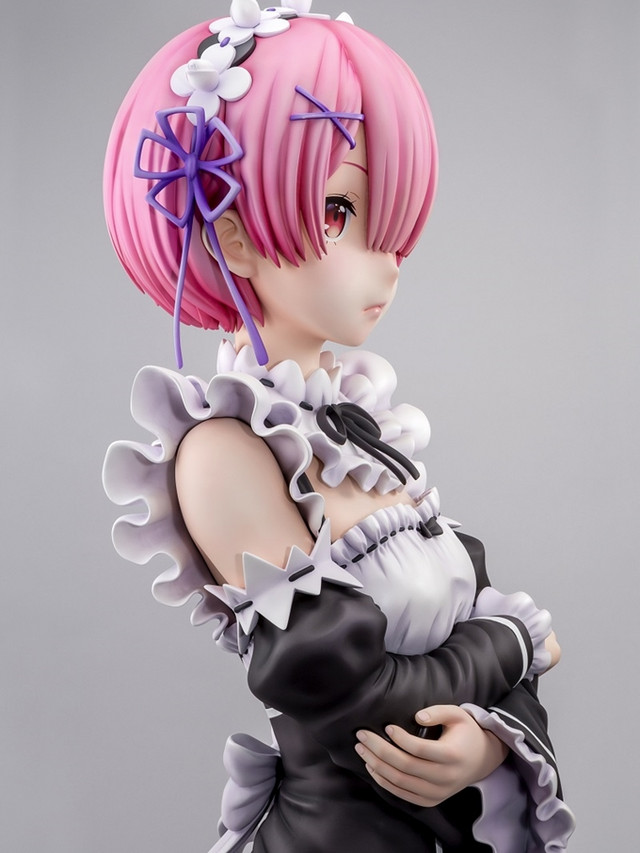 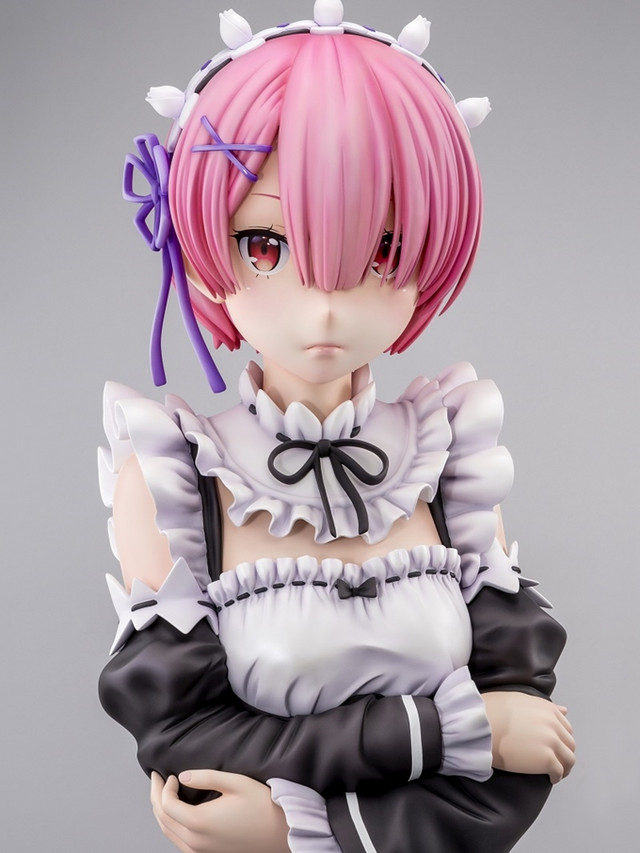 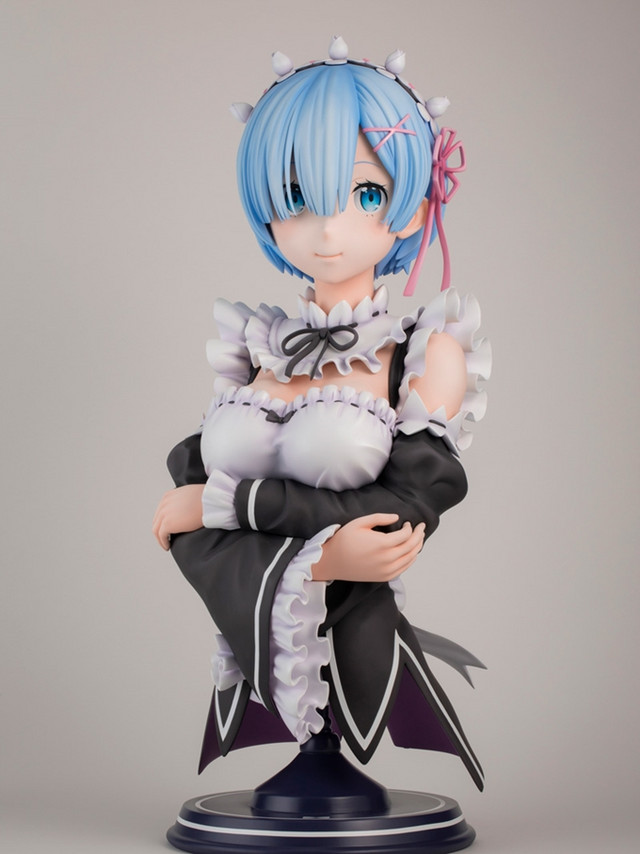 (overall height: about 240 mm/280 mm including the umbrella) 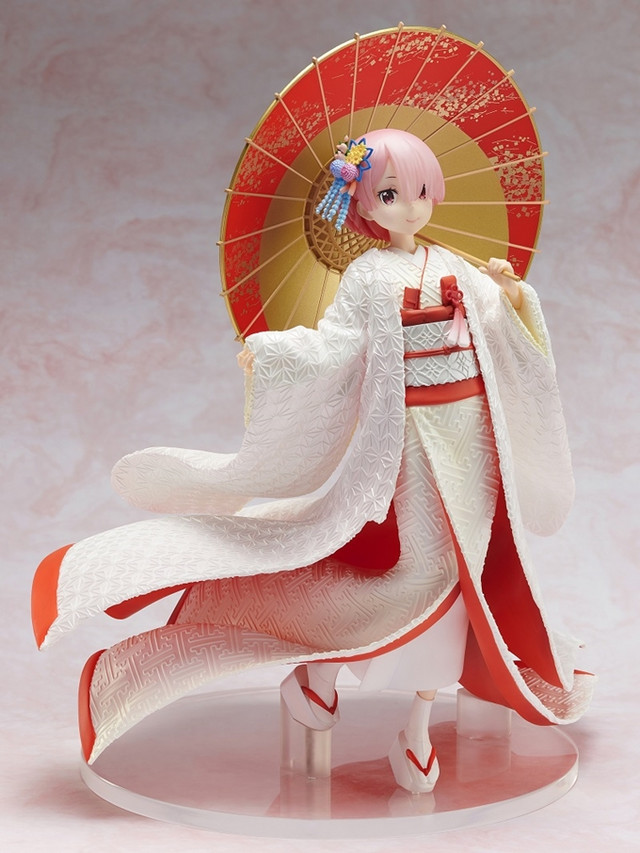 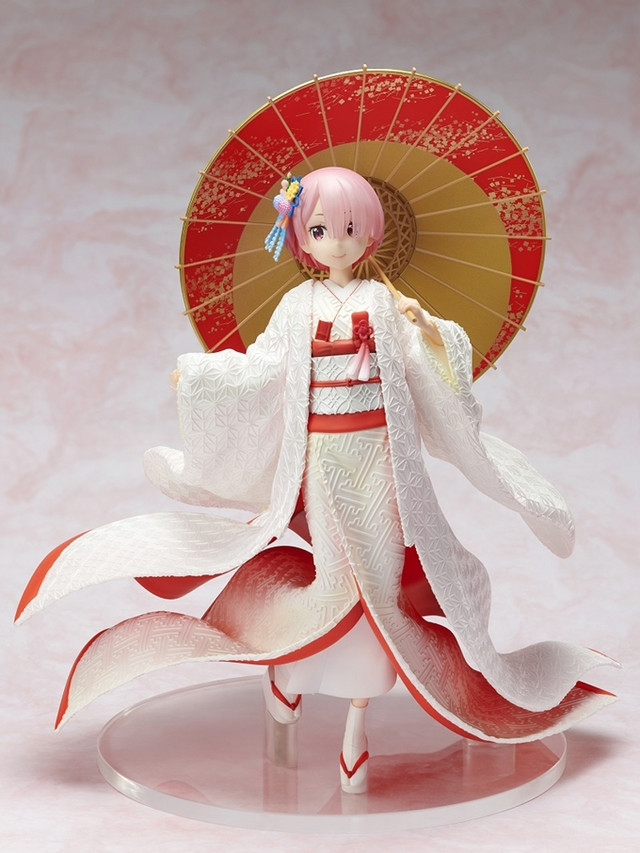 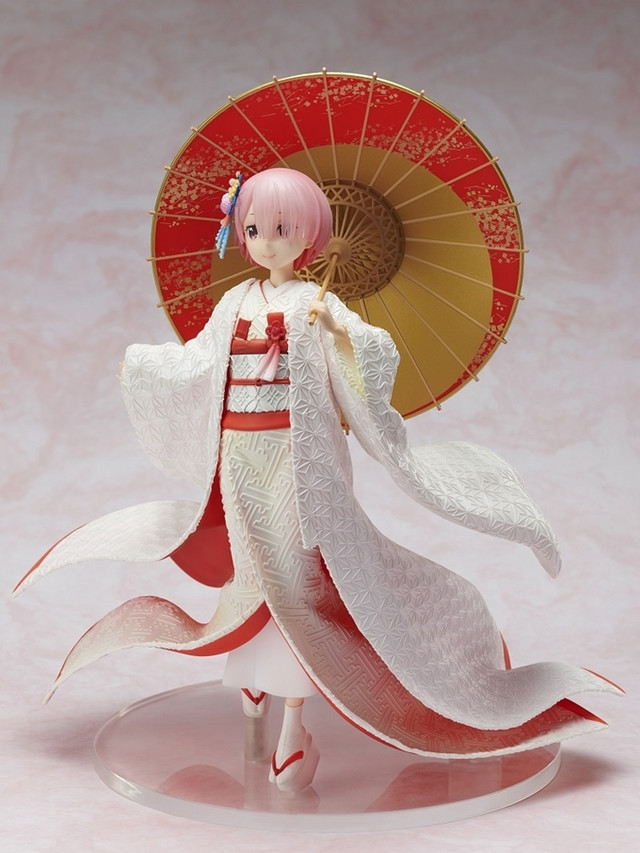 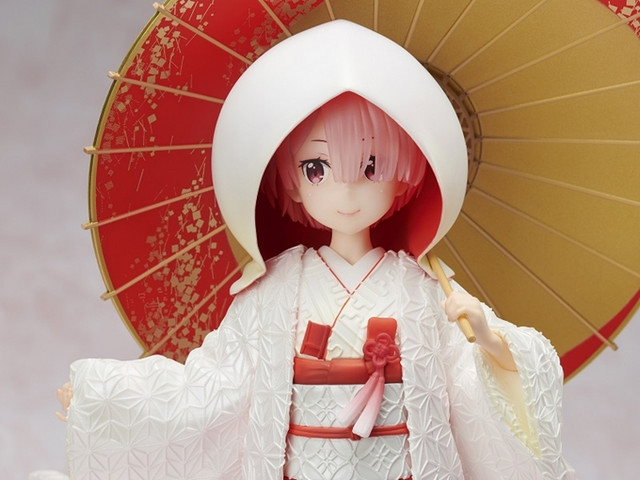 The set includes a gold‐leafed folding screen that you can display her along with the Rem figure. 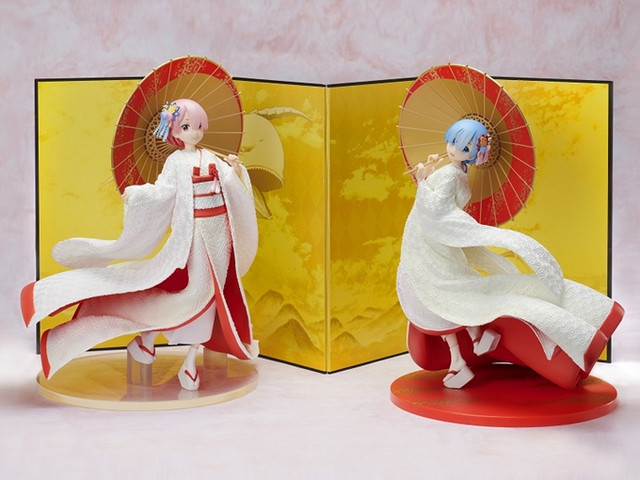