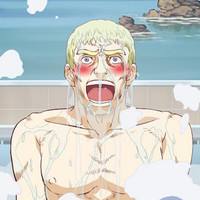 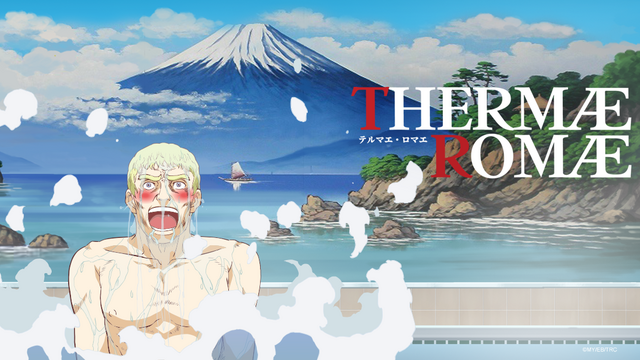 The latest addition to Crunchyroll's anime catalog is Thermae Romae, based on the manga by Mari Yamazaki! The series goes live today at 3:00pm Pacific Time, and will be available to Crunchyroll members in the United States, Canada, United Kingdom, Ireland, Australia, New Zealand, South Africa, Denmark, Finland, Sweden, Norway, and Iceland.

It’s the year 128 A.D. and Rome bathhouse architect Lucius Modestus is having trouble coming up with ideas for his future designs. After losing his job for refusing to adapt to the current times, the depressed Roman stops by a strange bathhouse that happens to have a time-traveling drain! He is sucked into it and transported to a modern-day Japanese bathhouse!  While confused by his surroundings, he's amazed by some of their incredible bathhouse innovations. Taking these ideas back to Rome, he incorporates them into his own designs and soon becomes famous all over Rome for his new and innovative ideas.

Tags
thermae romae
« Previous Post
Get Ready to Chill with These Doraemon: Story of Seasons Activities
Next Post »
Test Servers Are Live for Fist of the North Star Smartphone Game
Other Top News
1 Comment
Sort by: