KONOSUBA Season 1 and 2 OVA Episodes Are Coming to Crunchyroll

Both will be available to stream on July 7 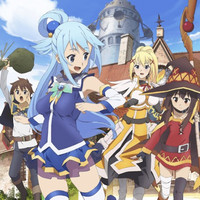 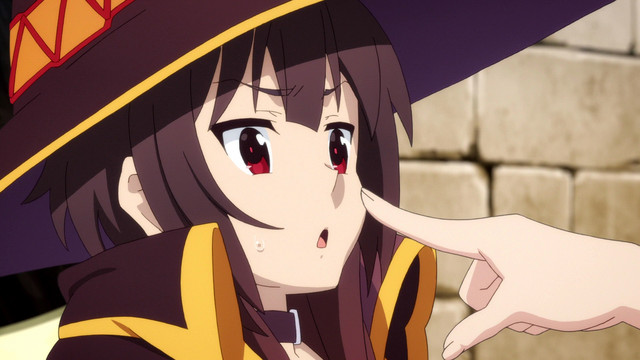 KONOSUBA fans, it's time to get ready for some new episodes! Crunchyroll announced plans to stream the season 1 and 2 OVA episodes, with both set to launch on July 7.

Both will be available to Crunchyroll members worldwide except for Asia, Spain, Portugal, Australia, New Zealand; and German, French, Italian and Dutch Speaking Europe.

Here are the synopses for both:

After a trip to Wiz's shop, the gang encounters Megumin's self-proclaimed rival, Yunyun. Annoyed at the group's increased level of obnoxiousness with a new member added, Kazuma notices a choker at his feet. After trying it on casually, he realizes he's in trouble: it's actually a "Wish-Granting Choker" which won't come off until the wearer's wish is granted, on top of gradually strangling them over time. The party tries everything they can think of to grant Kazuma's wish: Wiz lets him lay his head in her lap, Darkness does push-ups while her chest sways, and Megumin and Yunyun play strip rock-paper-scissors while Aqua runs errands and serves drinks. But in spite of it all, the choker shows no sign of coming off.

After returning from Arcanretia and defeating one of the Devil King's generals, Hans, Kazuma is able to cash in the reward and live a stress-free life of luxurious laziness. One day, at the guild hall, he runs into a newbie adventurer named Ran who idolizes him for his exploits, and wants to shake his hand. While Kazuma smugly indulges his new fan, Luna, the guild's receptionist, assigns him a golem extermination quest. Not wanting to look bad in front of his admirer, Kazuma ends up accepting the task, and heads to the ruins with Aqua, Megumin, and Darkness in tow.