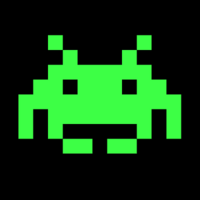 Some quick news that's sure to confuse all you retro-game fans out there: after years of radio silence since acquiring the rights back in 2014, it looks like New Line Cinema is moving ahead with a live-action film adaptation of Space Invaders, Taito's iconic alien-zapping arcade game which was originally published back in 1978.

According to Deadline, Greg Russo (the Mortal Kombat and Resident Evil reboots, Netflix's Death Note 2) has been tapped to write the screenplay, while Akiva Goldman of Weed Road Pictures and Joby Harold and Tory Tunnell of Safehouse Pictures are producing the film.

How exactly Space Invaders - which features waves of slow-moving pixel aliens dropping down from above while players man a laser turret to zap them - will translate into a live-action film is anyone's guess, but stranger things have happened...