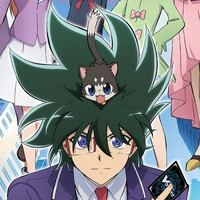 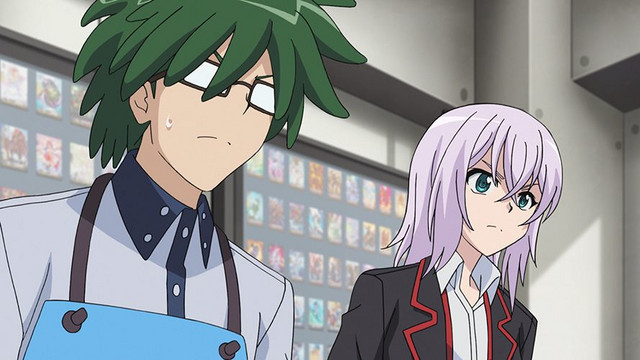 CARDFIGHT!! VANGUARD, the TV anime based on the collectible trading card game mixed media project by Akira Ito and Bushiroad, is switching perspectives to an unlikely protagonist in August as the show enters the "Shinemon Arc", which focuses on the young manager of the Capital Card shop, Shinemon Nitta.

The "Shinemon Arc" of CARDFIGHT!! VANGUARD begins on Saturday, August 24, 2019, as the series continues to broadcast in Japan on TV Aichi and the TV Tokyo network. 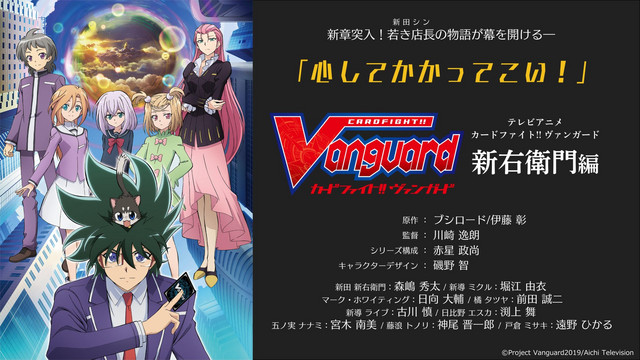 CARDFIGHT!! VANGUARD is directed by Itsuro Kawasaki and features animation production by OLM. The series is currently available via streaming on Crunchyroll, who describe the story as follows:

The main protagonist Aichi Sendou, is a timid and mundane third-year middle school boy. The thing that supported Aichi's heart, was the "Blaster Blade" card that he received as a child. It's an important rare card from "Vanguard", a card game with the imaginary world of "Planet Cray" as its stage. From the day he reunited with the person who gave him that card "Toshiki Kai", Aichi's everyday life began to change.