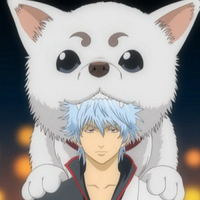 Kao Group, a Japanese corporation specializing in cosmetics and chemical, has tapped into some star voice-acting power by enlisting the aid of Tomokazu Sugita (Gintoki Sakata in Gintama) and Mikako Takahashi (Sadaharu in Gintama) the provide voice samples for a fictitious product called "New Nose": a helper robot designed to determine whether your laundry is too ripe to wear.

The "New Nose" is not a real product, but it's being used in a series of TV spots and web CMs to advertise Kao Group's "New Beads" line of laundry detergents. The "New Nose" allegedly not only has the ability to sniff articles of clothing and rank them according to three degrees of smelliness, but it's also supposedly linked to weather-tracking data so it can advise the best times to hang laundry out to dry.

This is indubitably the weirdest advertising promotion I've seen in a while...