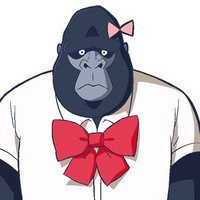 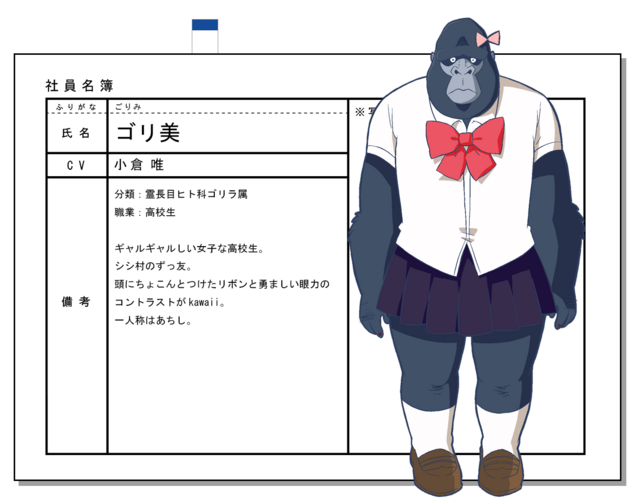 We're ready to go bananas for the two new cast members that have been revealed for African Office Worker (known as Africa no Salaryman in Japan, and alternatively as Businessmen in Africa in English), an upcoming TV anime based on the manga by Gamu that re-imagines various animal species native to the continent of Africa as modern-day employees in a Japanese-style company. The new cast members include:

Eri Kitamura as Shishimura, a high school girl who dresses in the "gyaru" fashion. Shishimura is "best friends forever" with Gorimi. Her head featuring both sharp fangs and a cute ribbon is Shishimura's version of "gap moe", and she refers to herself in the first person as "aashi". 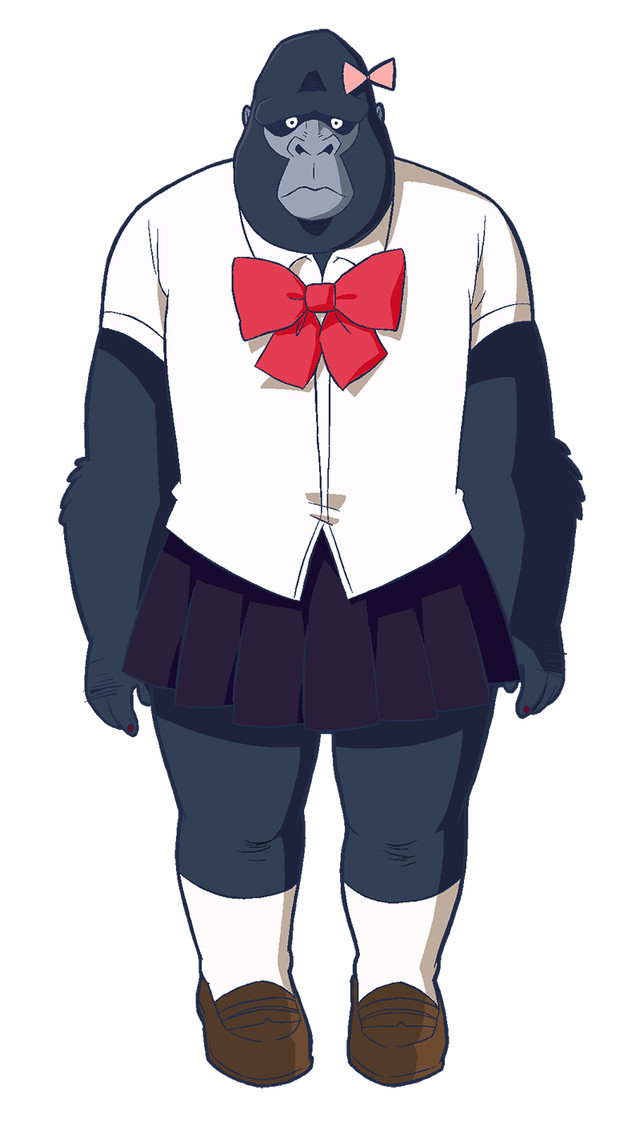 And Yui Ogura as Gorimi, a high school girl who dresses in "gyaru" fashion. Gorimi is "best friends forever" with Shishimura. The contrast between the cute ribbon on her head and her intense, powerful glare is Gorimi's version of "kawaii", and she refers to herself in the first person as "achishi".