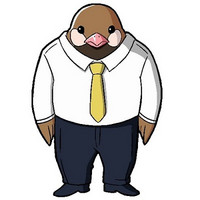 Three more cast members are joining the corporate jungle in African Officer Worker (known as Africa no Salaryman in Japan, and alternatively as Businessmen in Africa in English), an upcoming TV anime based on the manga by Gamu that re-imagines animals native to the African continent as white collar employees in a Japanese-style business. The new cast members include: 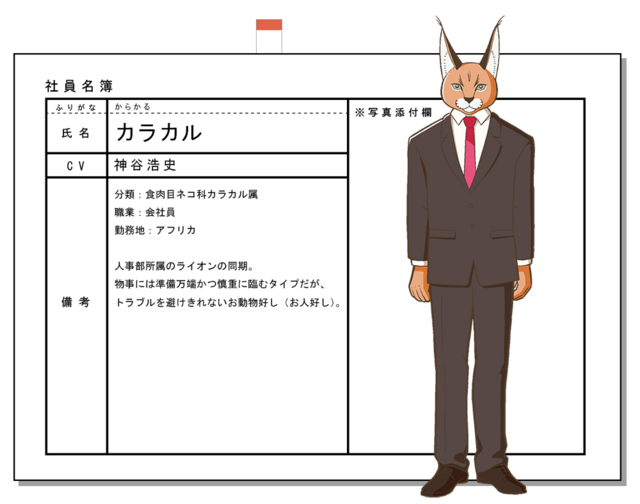 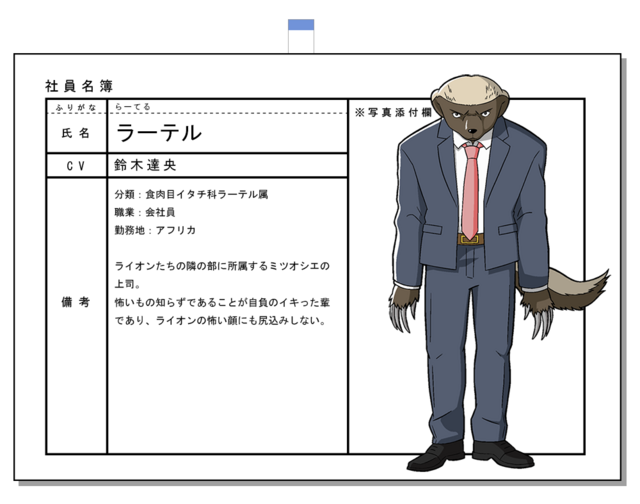 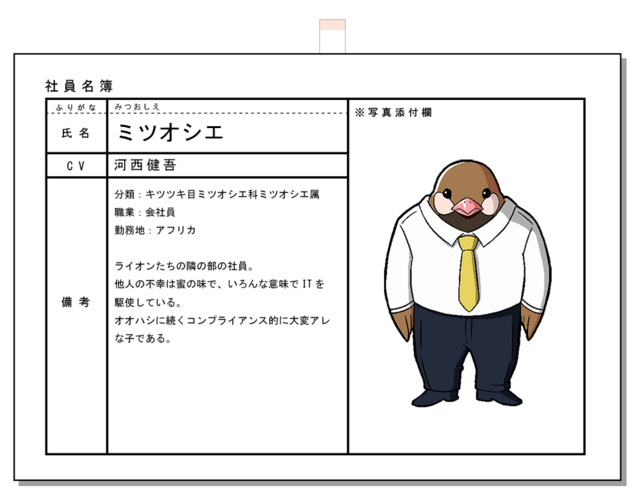 And Kengo Kawanishi as Honeyguide.