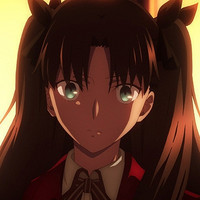 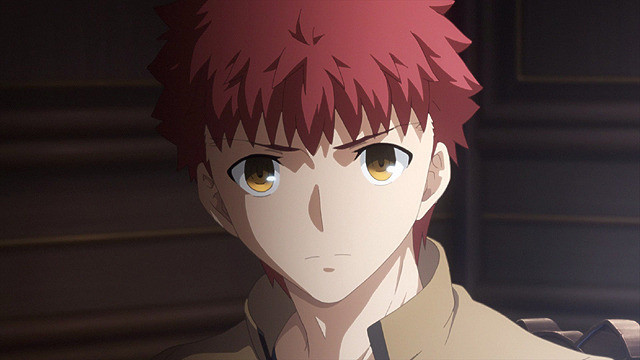 Seven months after its theatrical release, the DVD and Blu-ray of Fate/stay night: Heaven's Feel II. lost butterfly, the second chapter of the trilogy anime film project based on the third route of Type-Moon's visual novel Fate/stay night, were released in Japan on August 21, 2019. As with the first chapter, its perfect production limited edition became the top-selling disc in the Oricon weekly Blu-ray sales ranking selling an impressive 60,000 units in its first week. Its total sales including all editions of the DVD and Blu-ray was 69,832 units.

Following I.presage flower that made 1.5 billion yen in the fall of 2017, II.lost butterfly was released in 131 theaters across Japan on January 12, 2019, and earned 1.67 billion yen with the 1.08 million ticket sales from its domestic run to become the seventh top-grossing Japanese animation film of this year so far.

Pre-order for the US edition Blu-ray of Fate/Stay Night [Heaven's Feel] II. Lost Butterfly is now available on Crunchyroll Store for November 21, 2019 release.

US trailer for the Blu-ray:

Japanese PR visual for the DVD/Blu-ray: 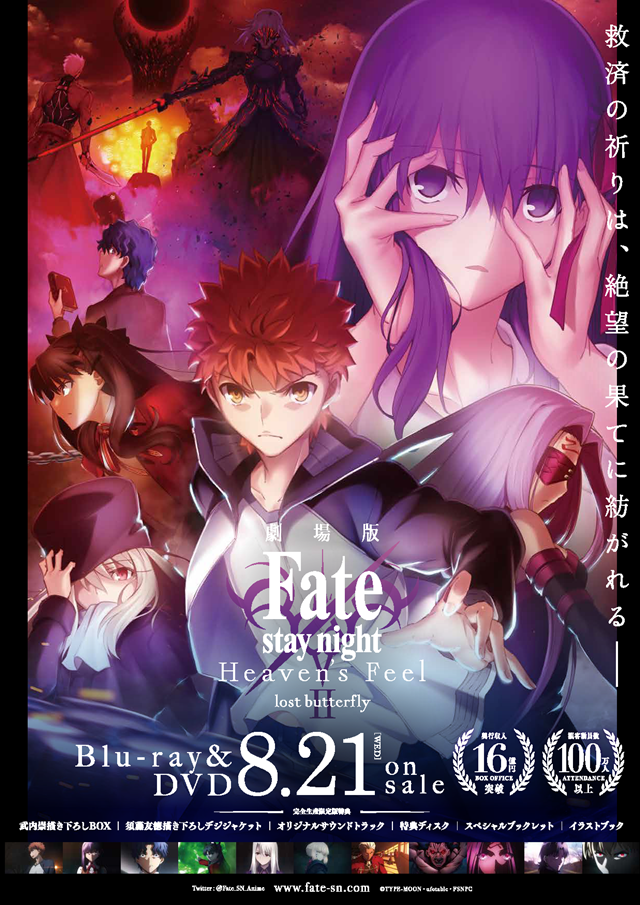 The third and final chapter, titled Fate/stay night [Heaven‘s Feel]Ⅲ.spring song, is confirmed to be released in Japan in the spring of 2020. 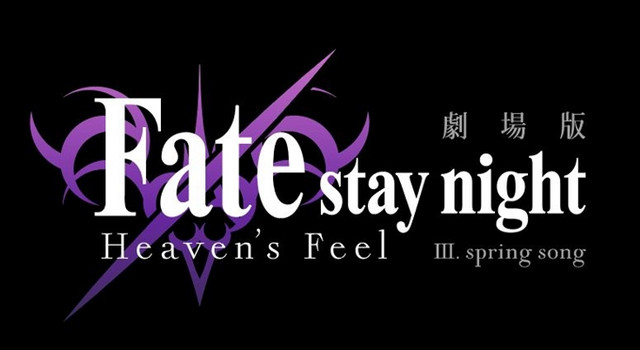