Laid-Back Camp Teams Up with How Do You Like Wednesday? Variety TV Show 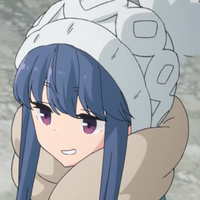 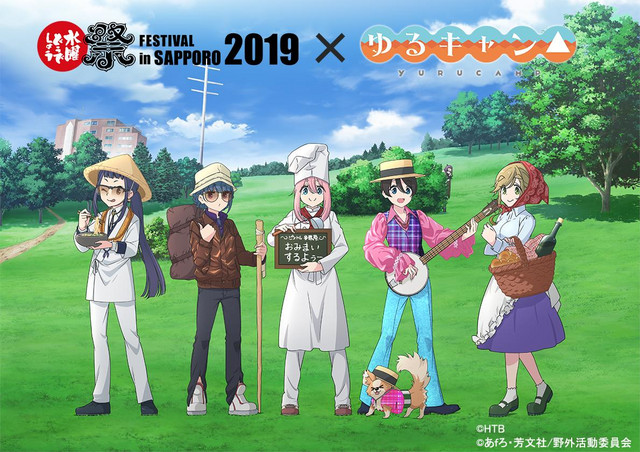 Camping life manga and TV anime Laid-Back Camp is teaming up with Hokkaido Television Broadcasting's variety TV program How Do You Like Wednesday? in a unique collaboration that includes new artwork, original character goods, and an animated music video.

The original character goods will be available at the "How Do You Like Wednesday? Matsuri FESTIVAL in Sapporo 2019" event, which runs from October 4 - 6, 2019, at the ban.k (Sapporo Bankei Ski Area) venue in Bankei, Chuo Ward, Sapporo Prefecture, Hokkaido, Japan. The festival is also collaborating with Attack on Titan and Evangelion. 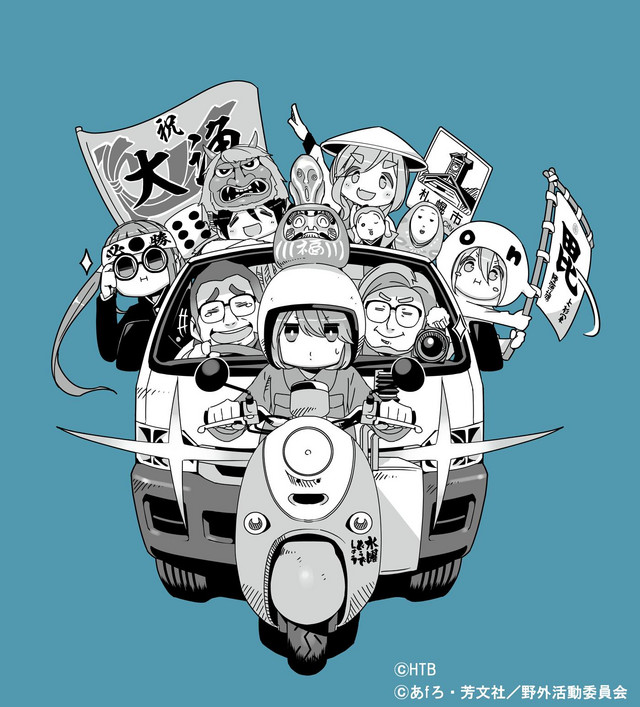 The Laid-Back Camp TV anime is directed by Yoshiaki Kyōgoku and features animation by C-Station. Crunchyroll describes the story of the series as follows: