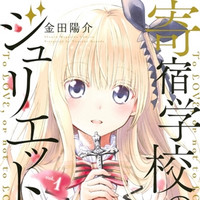 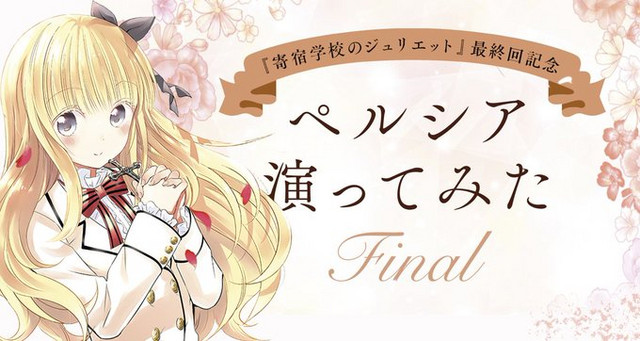 Yosuke Kaneda's romantic comedy manga Boarding School Juliet finally ends its four-year serialization in this year's 40th issue of Weekly Shonen Magazine released today in Japan. It was first ran in Bessatsu Shonen Magazine from July 2015 to June 2017, then has moved to the weekly magazine since its 43rd issue of 2017. Its next 15th tankobon volume is set to be released on September 17, then its final 16th volume will follow on November 15.

To commemorate the manga's conclusion, Weekly Shonen Magazine's official YouTube channel has posted a three-minute special PV to introduce its final chapter's story with the voice of Ai Kayano, who played the main heroine Juliet Persia in the 12-episode TV anime adaptation aired in October-December 2018.

(Warning: this clip includes spoilers of the manga's final chapter) 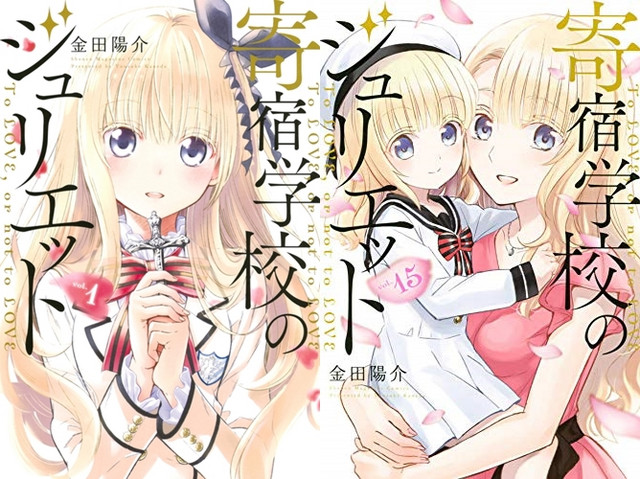