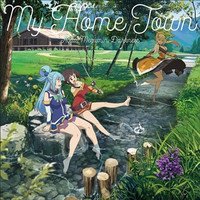 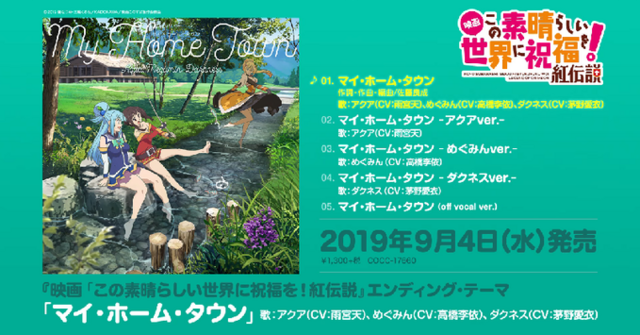 On its CD release day in Japan, Nippon Columbia posted a 110-second sound-only preview for "My Home Town", the ED theme for KONOSUBA: God's Blessing on this Wonderful World! Legend of Crimson performed by the anime's three main voice actresses as their characters: Sora Amamiya (Aqua), Rie Takahashi (Megumin), and Ai Kayano (Darkness). The three previously sang the two ED songs for the KONOSUBA TV series.

The Aqua VA Amamiya says, "I thought that a feature film usually had one theme song, and if so, Machico-san would be the singer. While thinking it would be nice if the film could have more songs, I tried not to expect too much. Then we received an offer that we three could sing again together, it made us so happy," then adds, "I thought it was a wonderful idea that 'My Home Town' would not be introduced in the trailers. The main story comes first, then the audience listen to this song. I think that's the best way to build a connection to enhance the charms of the two more. I believe the people who go to theaters love KONOSUBA so much, so I would be happy if they can listen to this song in the best condition." 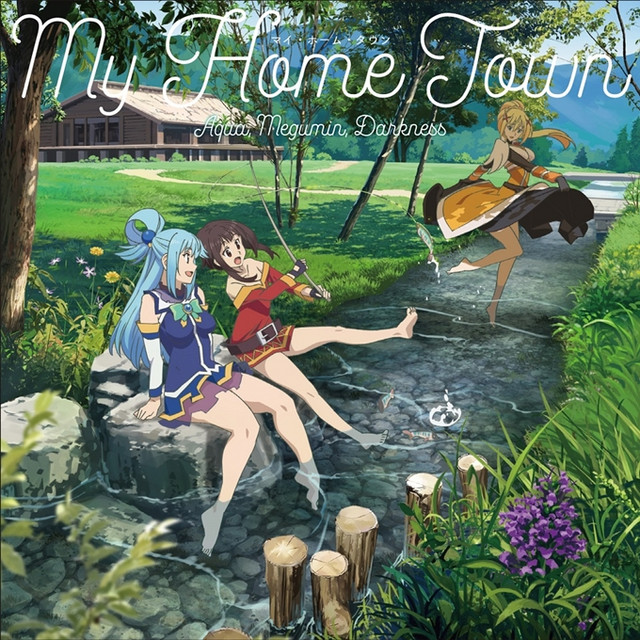 The all-new feature film KONOSUBA: God's Blessing on this Wonderful World! Legend of Crimson opened in 100 theaters across in Japan on August 30, ranking eighth with an impressive 200 million yen in its first weekend, and also became the No.1 film in Pia's first day satisfaction ranking with a very good 92.5% approval rating.