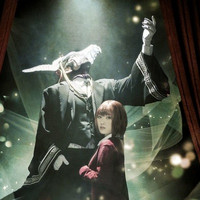 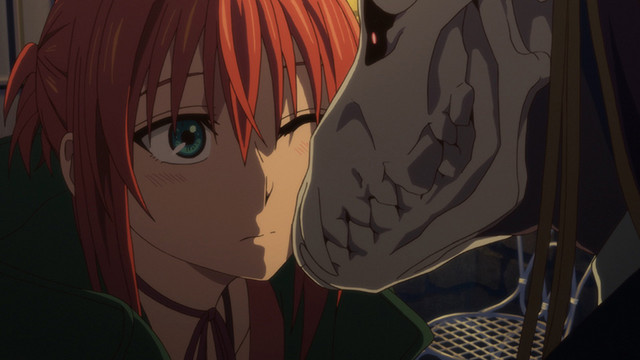 A new key visual featuring the principal cast in full costume and makeup has been published for the stage play adaptation based on The Ancient Magus' Bride, a dark fantasy manga by Kore Yamazaki about a young woman finding magic and self-worth after becoming engaged to a strange, otherworldly wizard.

The key visual (below) features actors Haruka Kudo as Chise Hatori, Naotaka Kamino as Elias Ainsworth, and Yukito Nishii as Joseph, respectively. The stage play adaptation is written and directed by Aya Takaha, and it will run from October 05 - 15, 2019, at the OWL SPOT theater in East Ikebukuro, Tokyo, Japan. Tickets range in price from 7000 yen ($65.30 US) for normal admission to 10,000 yen ($93.29 US) for the deluxe benefits package. 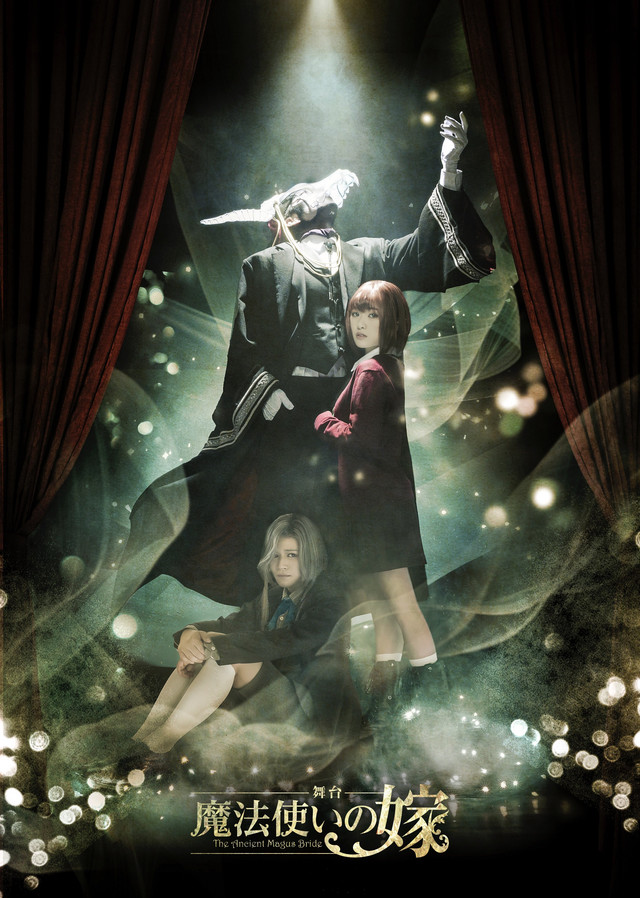 The original The Ancient Magus' Bride manga is serialized in Mag Garden's Monthly Comic Garden manga magazine, and an English language version is also available from Seven Seas Entertainment. The series was also adapted into a 2016 - 2018 OAV and TV series with direction by Norihiro Naguma and animation production by Wit Studio. Crunchyroll describes the story of The Ancient Magus' Bride as follows:

Hatori Chise has lived a life full of neglect and abuse, devoid of anything resembling love. Far from the warmth of family, she has had her share of troubles and pitfalls. Just when all hope seems lost, a fateful encounter awaits her. When a man with the head of a beast, wielding strange powers, obtains her through a slave auction, Chise's life will never be the same again. The man is a "magus,"a sorcerer of great power, who decides to free Chise from the bonds of captivity. The magus then makes a bold statement: Chise will become his apprentice--and his bride!