"I had never dreamed of having an opportunity to sing my own songs." 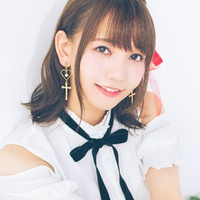 Waki was born in Tokyo on September 8, 1994, and yesterday was her 25th birthday. After graduated from the Tokyo Anime Voice Acting College, she made her professional voice actress debut as Sanae Katagiri in The [email protected] Cinderella Girls franchise in 2015. Since then, she has voiced Galko in Please Tell Me! Galko-chan (2016), Maika Sakuranomiya in Blend-S (2017), Special Week in Uma Musume Pretty Derby (2018), Rem Galleu in How Not to Summon a Demon Lord (2018), and Senko in The Helpful Fox Senko-san (2019).

"Hello everyone! I'm Azumi Waki. It is decided that I will make an artist debut from Nippon Columbia! It's still a surprising thing for me...! I have sung many songs as my characters, but I had never dreamed of having an opportunity to sing my own songs. From now on, I will enjoy singing in my own way! I would appreciate your suppot!"