All characters are voiced by the original anime cast 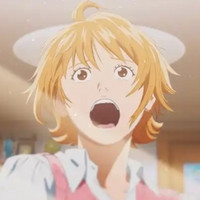 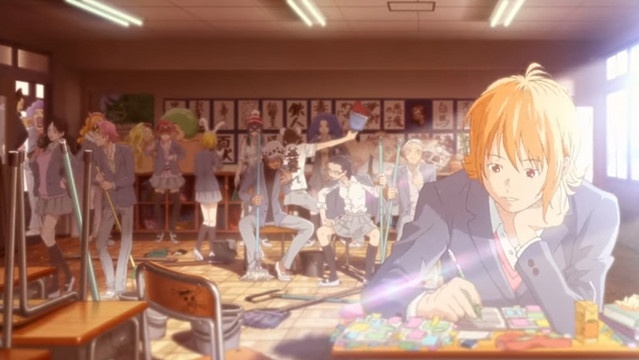 Following the first one featuring Zoro posted in May, Nissin Foods'started airing a new "Hungry Days" anime collaboration CM for its popular "Cup Noodle" brand, featuring Nami and other main characters from the One Piece anime franchise today. The 30-second clip is also available on the company's official YouTube channel.

As with Zoro, Nami is illustrated as a 17-year-old high school student. She has been living a very busy life for her future dream of becoming a navigator. She has refused her friends' invitations to hang around and worked as a part-timer until late night. Even after her part-time job is done, she makes a point of studying to become a navigator alone at home. Nami has put so much pressure on herself in such a life, "I have to try harder, more." Then she finds herself in a classroom, muttering to no one, "Help...." Then a student who hears her voice appears....

The popular instant noodle brand has collaborated with Kiki's Delivery Service, Heidi: Girl of the Alps, and Sazae-san. As with the previous ones, Eisaku Kubonouchi (Tsurumoku Dokushinryo) redesigns all characters. And four-member Japanese rock band BUMP OF CHICKEN provides their 9th digital-limited single song "Kinen Satsuei" once again. Unlike the original One Piece anime series by Toei Animation, Shaft (Monogatari series) has worked on anime production.

Tags
one piece, collaboration, nissin, cup noodle
« Previous Post
High School Prodigies Have It Easy Even In Another World Posts Web Trailer for Episode 1
Next Post »
Project Sakura Wars to Get TV Anime Adaptation in 2020
Other Top News
11 Comments
Sort by: