Ram will be available from September 26, Rem will follow early next month 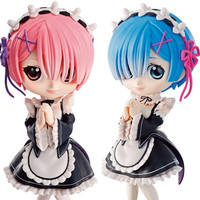 BANDAI SPIRITS has revealed two new items from its prize figure line "Q posket": Ram and Rem, the twin heroines from the Re:Zero − Starting Life in Another World anime franchise. The line has released deformed figures from various popular anime series, such as One Piece, Evangelion, PreCure, Love Live! Sunshine!!, and many more.

While keeping their original hair colors of pink and sky blue, both of the Ram and Rem's 14 cm-tall figure in maid costume have two editions with different colors, black and red for Ram, black and dark blue for Rem. Ram will be available at amusement facilities in Japan from September 26, then Rem will follow early next month. 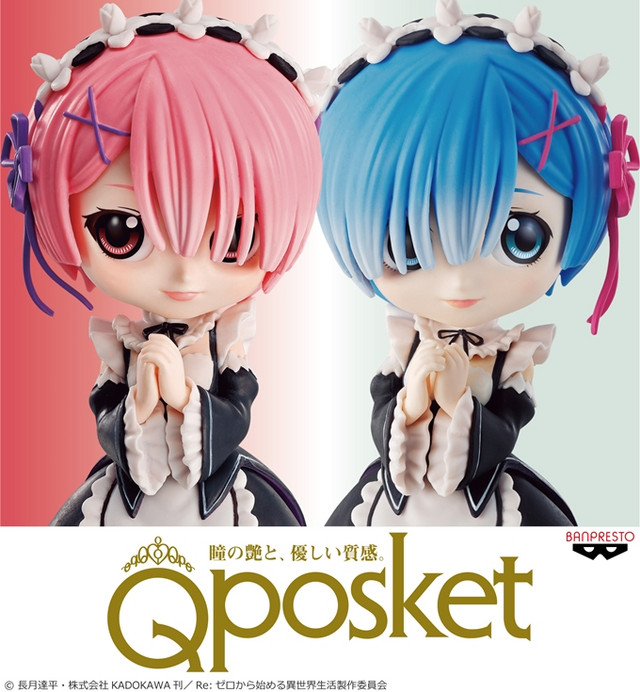 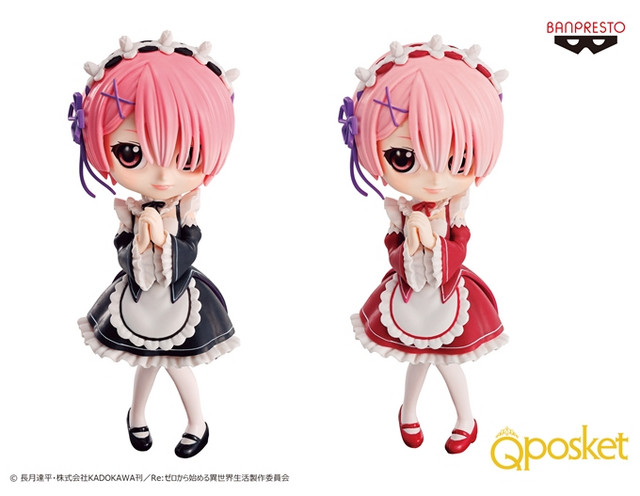 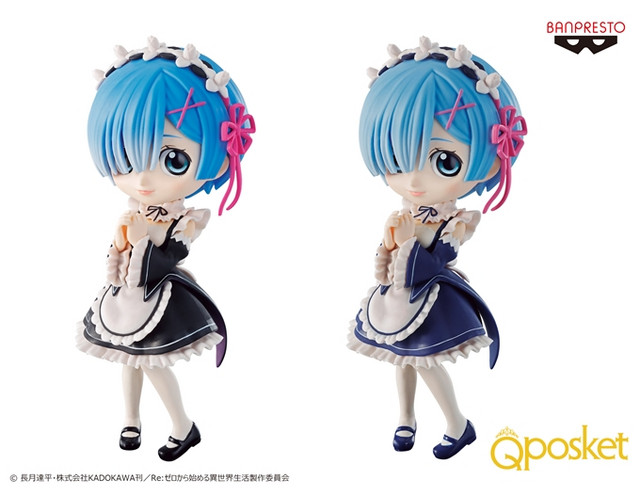