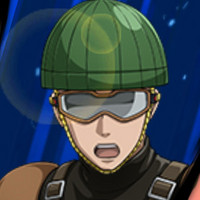 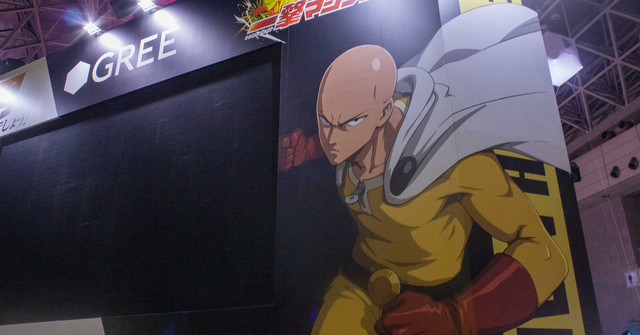 One-Punch Man: The Strongest Man! started out its life as a Chinese only game, locked inside the country. Now, it’s being ported over for Japanese audiences and our Japan Correspondent, Daryl Harding, was at Tokyo Game Show to see how the game lived up to its name!

With any popular anime and manga series comes many tie-in video games – both for consoles and mobile phones – and One-Punch Man is just the next property to be scooped up in the craze. What was interesting about One-Punch Man: The Strongest Man! is that unlike the other One-Punch Man mobile game, the western-only One-Punch Man: Road to Hero, which hasn’t been released in Japan, this Chinese-based game will be hitting Japanese phones soon. 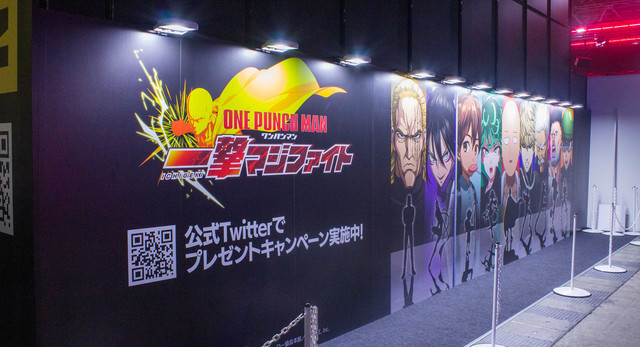 From the get go, I was thrown into a fight with Deep Sea King from the first season of the One-Punch Man anime using Genos, Mumen Rider, and Lightning Max. As it was only a short demo, I only got to see two fights, and they were both quite quick.

Each fight started out with a cut scene from the anime series of an attack from a monster. I was then given small versions of the above characters to tap to choose to attack Deep Sea King. Each attack fills up the Saitama gauge. When it’s full, you tap it and Saitama finishes the fight off for you in just one punch. It can be a little anticlimactic, but does have a cool animation. 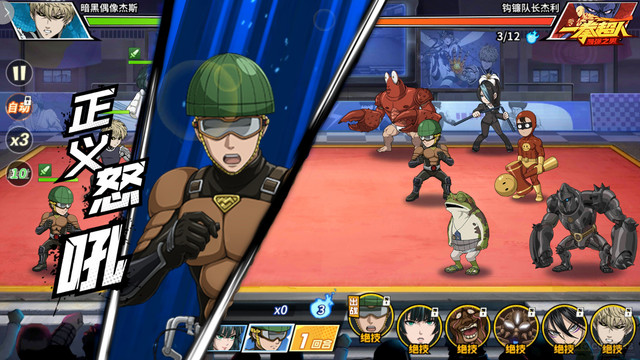 In that regard, the animations look great. Each character I got to try out had their own special attack that they could use once per battle (or twice if you used Mumen Rider’s special that powers up an ally) that came with their own animation. Some – like Genos – was animation from the anime series, and others – like Lightning Max – was made specially for the game.

For me, the game felt very much like Pokémon Masters, and from what I’ve read online about One-Punch Man: The Strongest Man, the gacha mechanics are similar as well. The battles were tapping the character and choosing the attack and tapping to choose which enemy (or ally) to target. You gain gold to roll for new characters by either buying them through micro-transactions, or winning dungeons. 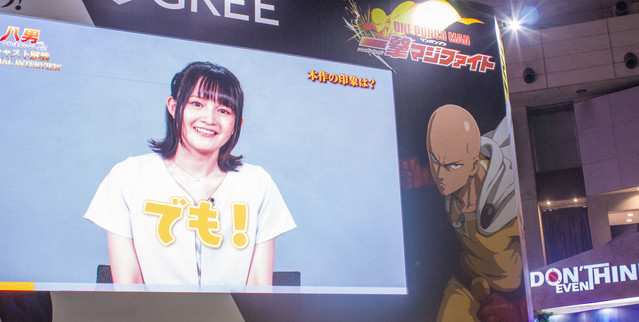 For fans of One-Punch Man, I could see this game become very popular if it was released in the west, at least for a little while. The game has those epic moments you expect from the series, wrapped inside a pretty decent battle system, with some gacha elements. The voice actors for the series also recorded new lines exclusively for the game!

All in-game screenshots come courtesy of MMOCulture, I wasn’t allowed to take any photos of the game on the Tokyo Game Show floor.