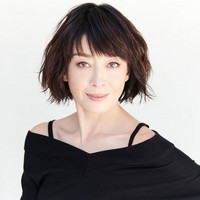 Miyazawa, 15 years old at the time, played her first leading role Hitomi Nakayama in the novel's first live-action adaptation film in August 1988, and won the Newcomer of the Year award in Japan Academy Prize. Her character in the anime film is introduced as "Hitomi Nakayama in 2020." It means that the anime film is a sequel to the live-action film, set about thirty years after.

Miyazawa says, "Although it is a small appearance, I participated the anime film as Hitomi Nakayama. As my debut film 'Seven Days War' has been remained deep in the audience's memories at the time, I hope this anime film, which is given a new timeless breath, will be also able to shake your heart. Please enjoy this film on the big screens in theaters."

The Yuta Murano (How Not to Summon a Demon Lord)-directed film is set to be released in Japan on December 13, 2019.