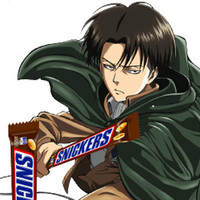 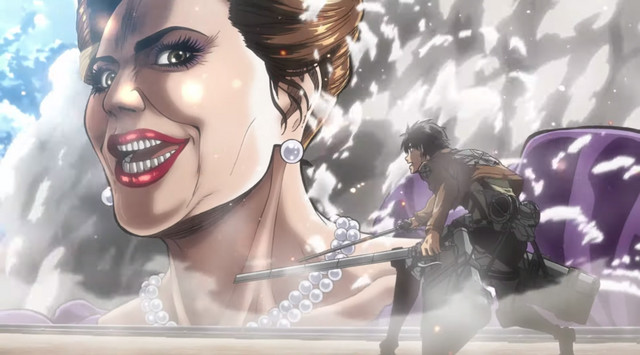 Smash-hit anime and manga series Attack on Titan hasn’t shied away from being in advertisement campaigns or doing product collaborations, and this new campaign from Snickers Japan meshes real life celebrities with the world of the Titans.

The campaign's concept is “Attack Celebrity” (or “Attack on Celebrity”), where the production team from the Attack on Titan anime series super imposes titan versions of Japanese celebrities into cuts from the anime series and changes the blades into Snickers bars.

For the first part, people at home can join in the fun by guessing the next celebrity to be “titanfied” and tweeting at the campaign's account to win a prize pack.

The second part of the campaign will start up after the first part has finished. This section wants people to buy either the Snickers Peanut Single or Snickers Cacao Strong bars and tweet an image of the bar to the campaign's twitter account. Once a certain number has been reached, the celebrity titan will be satisfied and 100 people will get a Snickers x Attack on Titan t-shirt. 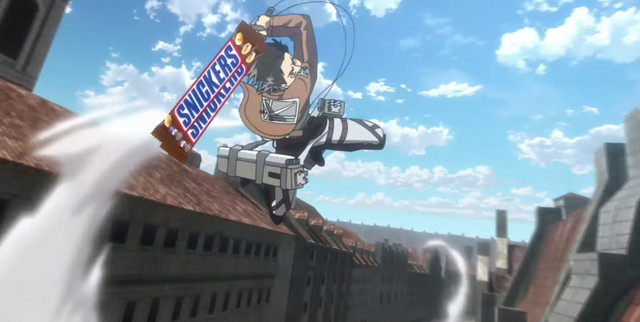 Sadly, the promotion is only open to residents of Japan, but we can all join in by commenting down below telling us which celebrity you’d like to see as a titan!