Get a tasty sample of the upcoming release! 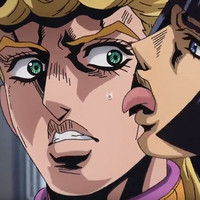 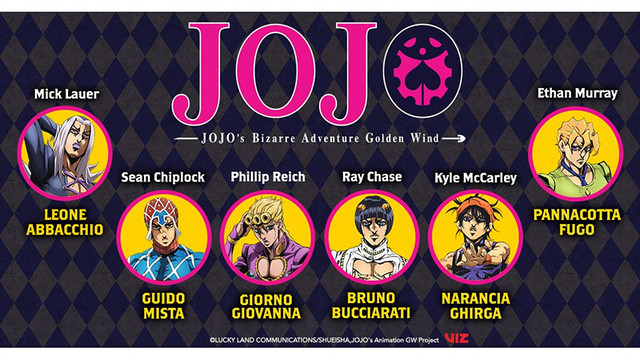 VIZ is preparing to release a dub of JoJo's Bizarre Adventure: Golden Wind, and six of its leads have been announced for your perusal.

The announcement was made today at New York Comic Con, and followed on the company's official Twitter shortly after. Leading the cast of the dub will be:

VIZ also offered the above clip as a sample to tide us over.

Reich, Chase, and Chiplock are returning to the franchise after appearing in previous seasons. As for Lauer, the voice actor and YouTuber is a long-time JoJo fan, and considers getting to appear in the series a dream come true.

Voicing Abbacchio for the JJBA Part 5 dub, wouldn't be possible without y'all.

From the bottom of my heart, thank you @mummynyan, @BangZoom, @VIZMedia, David Productions, Araki himself, and to all of you for sticking with me through this crazy noisy bizarre adventure. Seriously. pic.twitter.com/7YV310xJV1

More information on release dates and availability will follow.