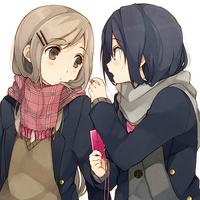 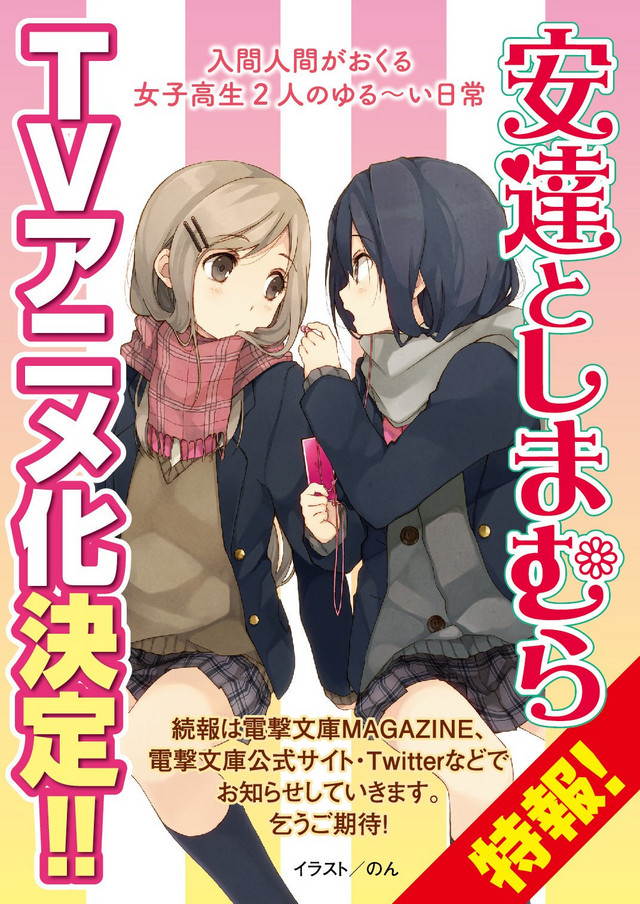 Some quick news for all you fans of yuri romance out there: the main cast has been revealed for Adachi and Shimamura, an upcoming TV anime adaptation based on the series of light novels written by Hitoma Iruma and illustrated by Non about a pair of high school girls gently falling in love. In the TV anime, voice actress Akari Kitō plays Adachi, while voice actress Miku Itō plays Shimamura.

The original Adachi and Shimamura light novels are published in Japan by ASCII Media Works (a division of Kadokawa) under their Dengeki Bunko imprint, and an English language version of the series is also available from Seven Seas Entertainment, who describe the story of Adachi and Shimamura as follows:

Adachi and Shimamura, two young women who attend the same high school, are inseparable friends. Whether playing table tennis, chatting about favorite TV shows, or just relaxing together, they’re happy to share their days. When Adachi’s friendship turns into romantic attraction, the relationship begins to change, one day at a time.