Shokotan Draws Jacket Illustrations for Her 5th Album by Herself

"For everyone who listens to this album, I hope it will become a new color in your life." 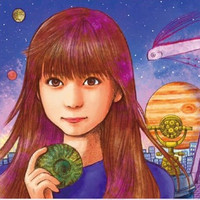 34-year-old singer/actress/otaku idol Shoko Nakagawa, aka Shokotan, confirmed on her official Twitter today that the three-edition CD jacket illustrations for her forthcoming fifth full album "RGB -True Color-" to be released on December 4, 2019, are newly drawn by herself. More than five years have passed since her previous fourth album "9live" was released in April 2014.

As reported several times, she has been known for her drawings of anime/manga characters, and has had experiences of working as a manga illustrator, but this is the first time that she has drawn a jacket illustration for her own album. The concept of the album is to compare Nakagawa, who has been active in many genres since her debut, to the three primary colors of light.

"I drew illustrations for my CD jacket by myself for the first time. I think all the encounters I have had in my life have become the various colors of my present self. The theme of this album is 'The various sides of me', and I expressed it with self-portraits of my childhood (green edition), adolescence (red), and present (blue). And I drew them as facing all of my colors. The arts are studded with my treasures of each period, so I hope you will enjoy them in detail. And for everyone who listens to this album, I hope it will become a new color in your life." 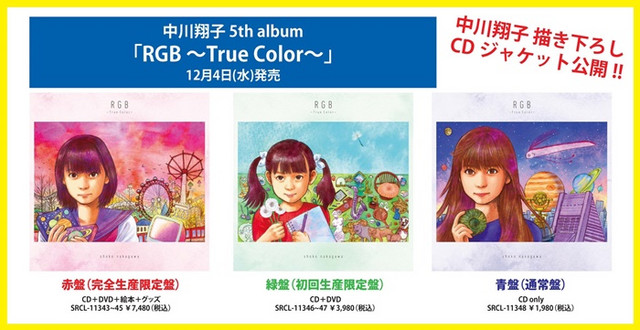