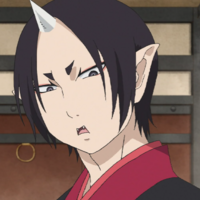 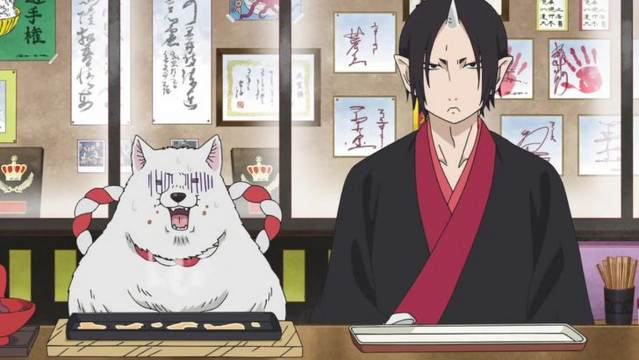 All good things must come to an end, including punishments in the Afterlife, because in an official message posted to Twitter, Natsumi Eguchi - the author of Hozuki's Coolheadedness - has announced that the supernatural office comedy about demons working bureaucratic jobs in Hell will conclude with the publication of its 5 remaining chapters.

In the image posted along with the announcement, Eguchi thanks the fans, the editors in charge of the series, and the entire editorial department for Kodansha's Weekly Morning magazine (in which Hozuki's Coolheadedness is serialized) and describes the publication of the series as an extremely happy and blessed work. 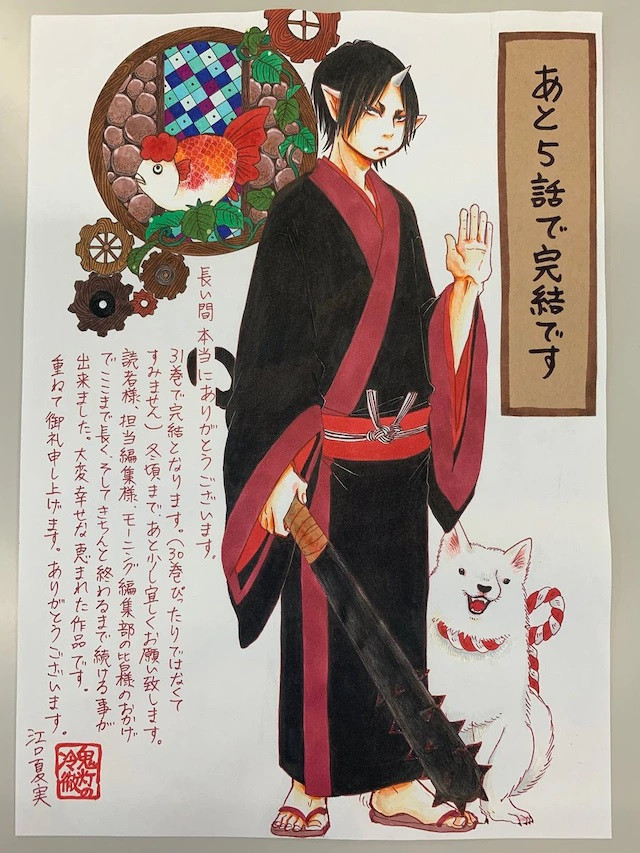 In the afterlife, there exists Heaven and Hell. Hell consists of the Eight Greater Hells and the Eight Cold Hells, which are further divided into 272 subdivisions. Spearheading the seemingly endless, multifarious affairs in this gargantuan Hell is but one Fierce God, King Enma's first aide, Hozuki. Between this cool-headed sadist and his colorful band of peers, every day is a riot in Hell! And though this book might make Hell seem like a happening place, please try to behave during life!

Hozuki's Coolheadedness has also been adapted into two TV anime, which are available via streaming on Crunchyroll.