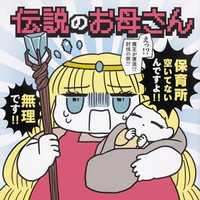 NHk announced today that a live-action TV drama adaptation of Kanemoto's comedy fantasy manga Densetsu no Okaasan / The Legendary Mother is set to be aired for eight episodes on NHK General TV from February 1, 2020. 28-year-old former AKB48 member Atsuko Maeda is set to star the drama as her first serialized TV drama work after her first baby was born in March 2019.

The manga was first posted on Twitter by the author, then compiled in one-volume tankobon by KADOKAWA in July 2018. Its story centers on Mei, a legendary wizard who defeated the Demon King in the past and is now a full-time housewife raising her child by herself. One day, Mei is informed of the resurrection of the Demon King, then the Legendary Party, to which Mei once belonged, is ordered by the king to suppress him. Mei wants to go to the battle right away, but she couldn't find a day-care center to take care of her child. It is about a legendary wizard's struggle of raising her child while saving the world at the same time.

The author says on Twitter, "Please look forward to The Legendary Mother, whose screen power is increased about 50 billion times by the live-action adaptation!" 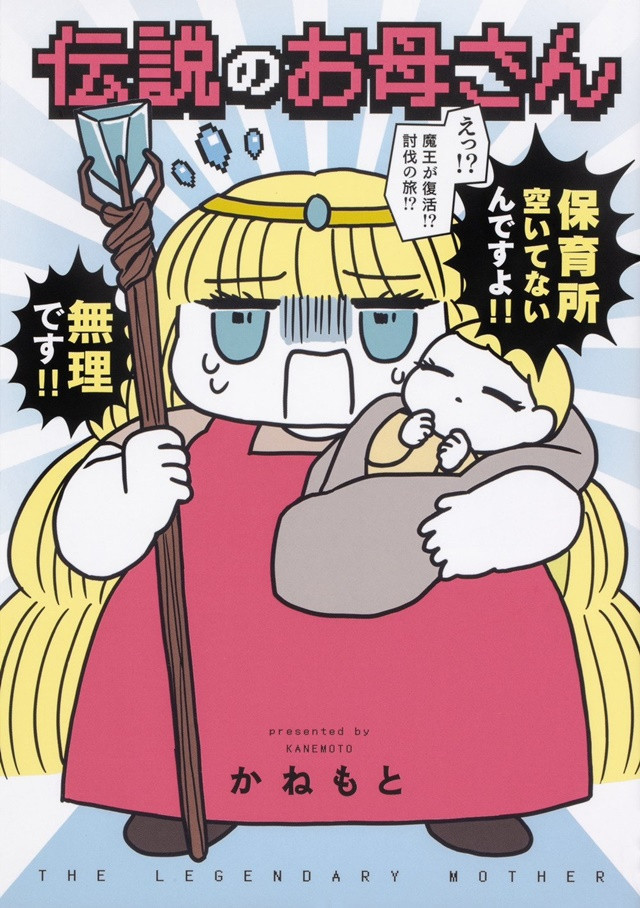