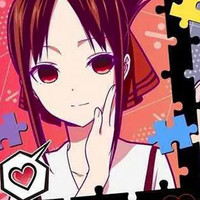 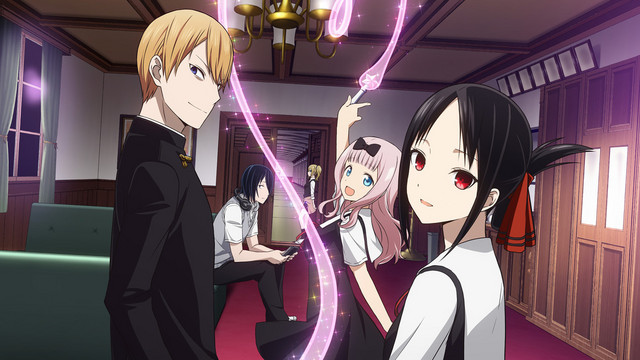 The second season of KAGUYA-SAMA: LOVE IS WAR was announced through a PV on the official Kaguya-Sama Anime Twitter account. The trailer shows footage of the first season with new voice over, as well as the new key visual of the four student council members. The YouTube version of the trailer on the official Aniplex YouTube channel (region locked to Japan) confirms the returning staff and cast from the first season.

The key visual (below) with the Japanese subtitle of The Geniuses' War of Love and Brains crossed out was released on the official website for KAGUYA-SAMA: LOVE IS WAR. A postcard version of the key visual will be given out in 15 anime stores in Japan, including some Animate and Gamers stores, from October 20. To get the postcard, just go up to a cashier and say, in Japanese, "Kaguya-sama anime 2-ki omedetogozaimasu!" (Congratulations on the second anime season Kaguya-Sama!). Stocks are limited so be sure to get in quickly to not miss out! 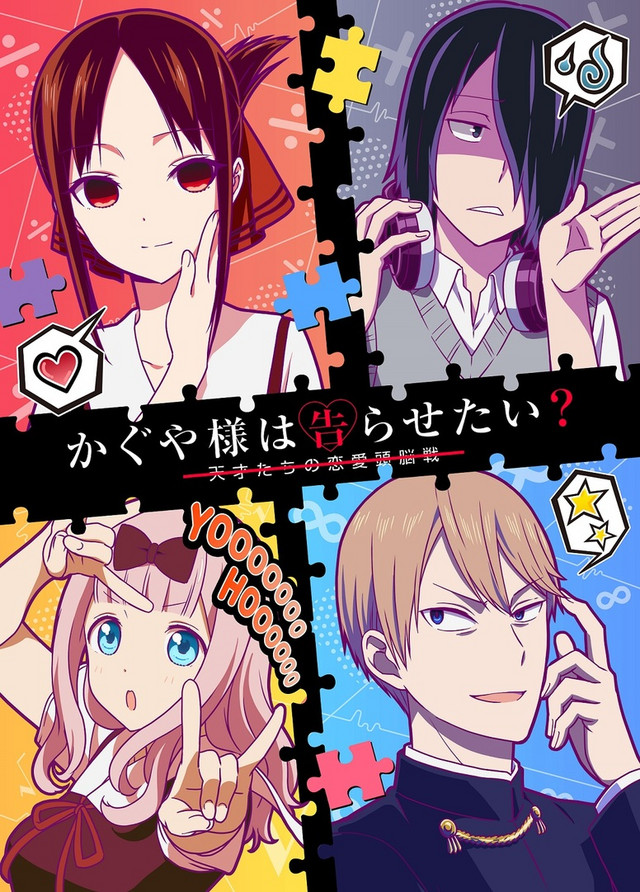 A drawing by series author Aka Akasaka was released in celebration of the announcement of the second season: 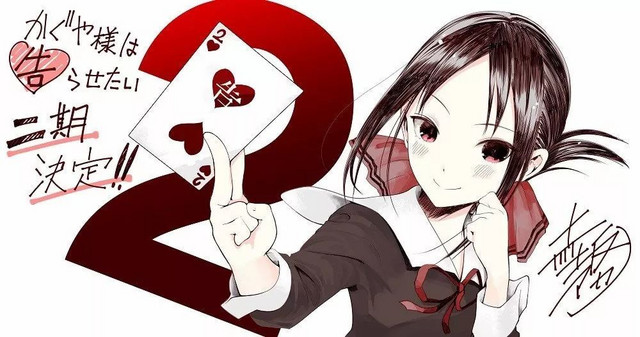 No date has been announced for the release of the second season yet, so keep checking back to Crunchyroll News to get all the updates. Who else is excited to jump back into the antics of the Shuchiin Academy?!

>>>Watch the first season of KAGUYA-SAMA: LOVE IS WAR on Crunchyroll!