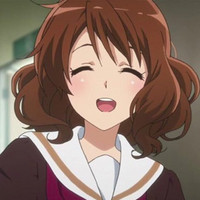 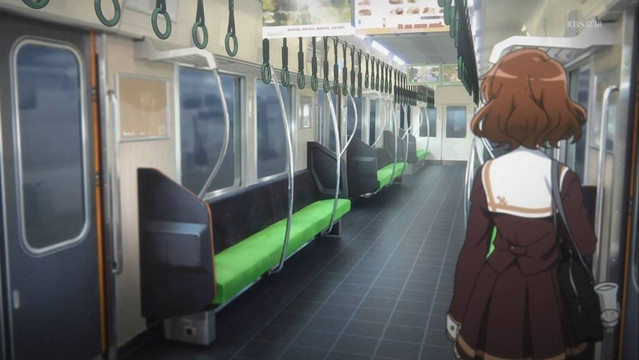 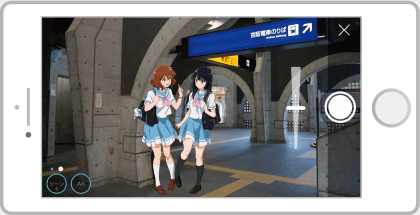 When exploring Uji City, you’ll be able to use the “Butaimeguri” app to superimpose characters from Sound! Euphonium into the real life locations using AR. The images in the app are geolocked so the characters images only appear in special locations with poses from scenes set at the location. The same images can be seen in the Uji line stations with physical cut outs. 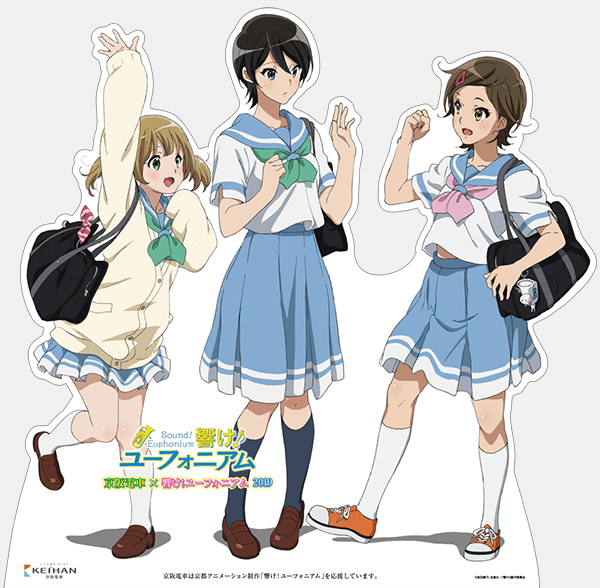 The app will cycle through three images and locations around Uji over 4 volumes, starting with volume 1 on November 1. Volume 2 will start on December 9 with a new set of images, then volume 3 will start on January 16, and finally volume 4 starts on February 23.

Coming soon will also be a physical map of Uji with all the landmarks from the series pinpointed for travellers convenience. 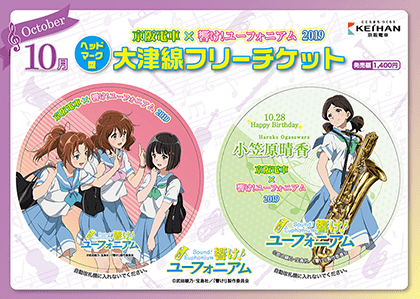 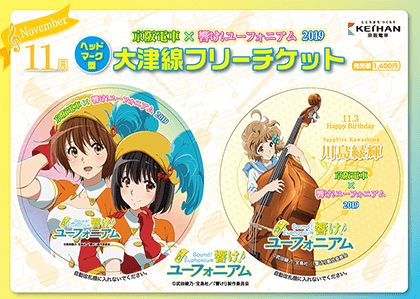 From November 1 to December 3, on the Otsu lines, you can pick up special Sound! Euphonium tickets for 1,400 yen (US$13) and freely travel in the designated areas without having to pay any more. Flashing the ticket will also net you discounts at certain shops within the Keihan train stops. The special promotion tickets that were set for eariler months will also be given out from November 1.

With the start of the ticket promotion on the Otsu line, Keihan Electric Railway has extended the special Sound! Euphonium train wrapping used on certain trains on the line until December 3. The website for the promotion have a calendar setting out where the train will be everyday, if you wanted to see it.

You can watch Kyoto Animation’s Sound! Euphonium on Crunchyroll, with both seasons being streamed as it was airing in Japan. The series also had two anime films that continued the story with Liz and the Blue Bird in 2018 and Sound! Euphonium The Movie - Our Promise: A Brand New Day in 2019. A new project focusing on Kumiko’s third year at the fictional Kitauji High School has been announced to be in the works with no date released at this time.