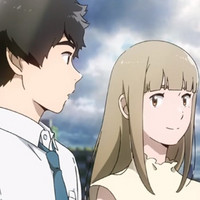 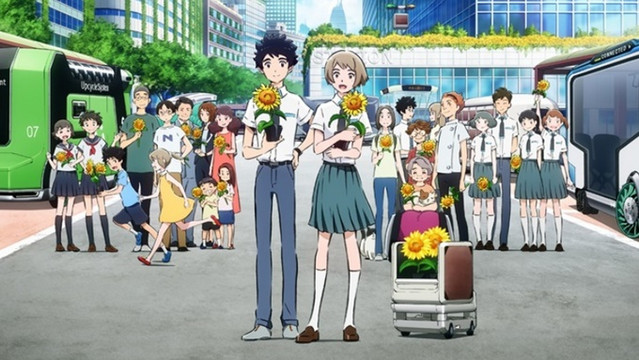 As reported early this month, Japanese car manufacturer Hino Motors has started streaming a seven-minute original PR anime movie Anohi no Kokoro wo Toraete (Embracing those Emotions Forever) on its official YouTube channel today. It will be also screened at the 46th Tokyo Motor Show 2019 tomorrow.

The anime movie is to express a world that the future mobility "FlatFormer" that Hino Motors aims to develop exists. It is set in a rural town where nature is protected and beautiful scenery is preserved using cutting-edge technologies including "FlatFormer" in the year 20XX. Its story follows two childhood friends, Ruto (Yuma Uchida) and Michi (Maaya Uchida), who have been separated.