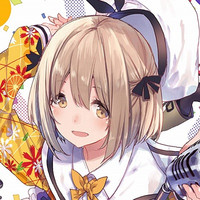 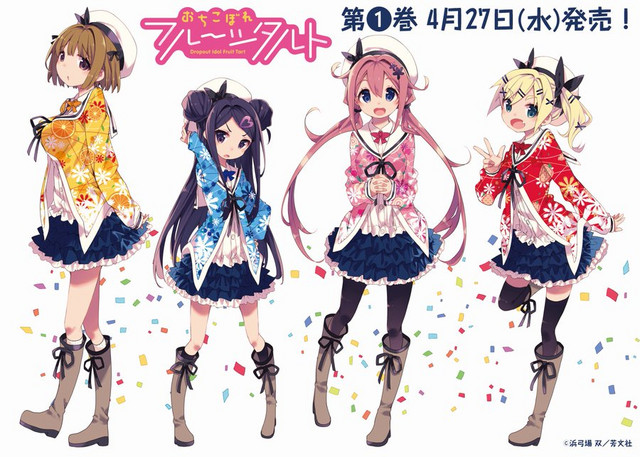 The main cast has been revealed for Dropout Idol Fruit Tart (known in Japan as Ochikobore Fruit Tart), an upcoming TV anime based on the 4-panel manga by Sou Hamayumiba (HaNaYaMaTa) about a group of girls who become underground idols in an effort to save their home from demolition. The main cast includes: 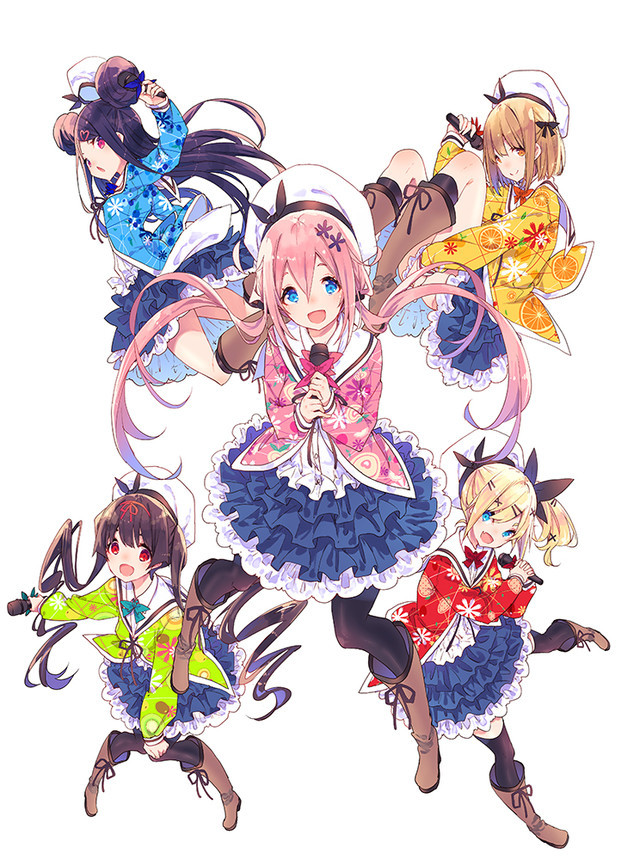 The original Dropout Idol Fruit Tart manga is serialized in Houbunsha's Manga Time Kirara Carat seinen manga magazine. The story follows Ino Sakura, a 1st grade high school student who travels to Tokyo with dreams of becoming an idol. There she moves into a dormitory-style house for entertainers known as "Mouse Manor" and befriends: Roko Sekino, a formerly popular child actress; Hayu Nukui, a musician; and Nina Maehara, a model. When "Mouse Manor" is threatened with being torn down, the girls form a new idol unit called "Fruit Tart" and attempt to challenge the entertainment industry in order to raise funds to protect their home.

The Dropout Idol Fruit Tart TV anime is directed by Keiichiro Kawaguchi and features animation production by feel.. The release date for the series has not yet been revealed.