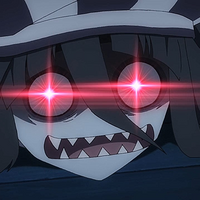 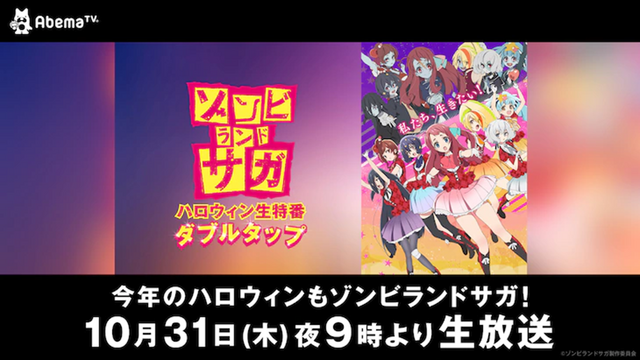 The girls of Franchouchou are returning to AbemaTV for a live Halloween special—and it may hold clues about the upcoming "Revenge" season!

Last year, AbemaTV ran ZOMBIE LAND SAGA as part of their Halloween programming, to make sure their viewers got their fill of spooky zombie goodness. But this year's offering (titled "Double Tap," appropriately enough) will be a live affair featuring appearances from the six regularly active members of Franchouchou. Not only will the special go over the story so far, it'll drop hints as to the future of the project. 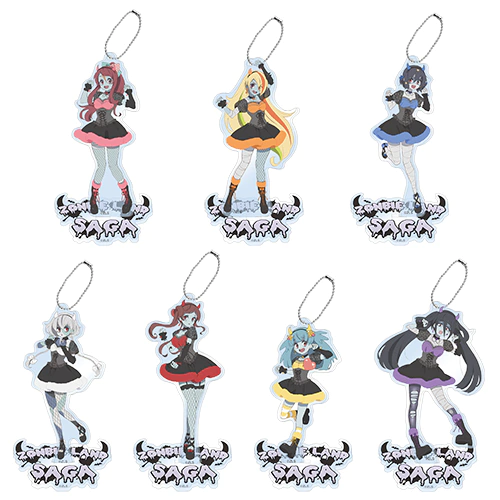 There are also two retweet campaigns connected to the special. The first is underway now, with the winner receiving this set of seven devilish Franchouchou acrylic keyrings.

A second will take place during the show, with one lucky winner getting a ZOMBIE LAND SAGA happi coat signed by the cast: 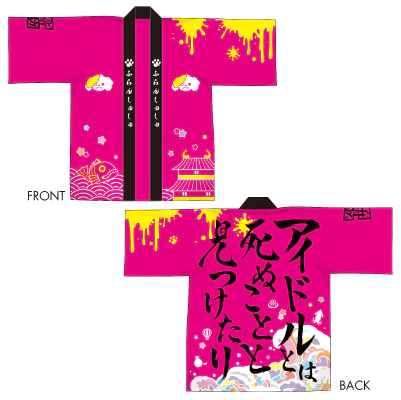 ZOMBIE LAND SAGA is still going strong in concerts, collaborations, and the promise of their upcoming second season, ZOMBIE LAND SAGA REVENGE. The seven undead idols from across the history of Japan have established their presence in the idol world, but their quest to revitalize Saga Prefecture is far from over. What new challenges will they face when the show returns? Tune in October 31 at 9pm JST to find out.