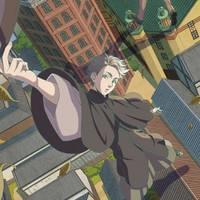 The first teaser trailer has been released for the forthcoming Crunchyroll co-production Woodpecker Detective's Office. It is based on the mystery novel by Kei and will be available to members worldwide, excluding Asia. The teaser is embedded below: