Re:ZERO Starts Life in Another World, and Now It's MapleStory Mobile

Players will have through December 2 to complete the new event 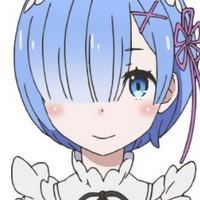 Subaru once again finds himself waking up in a strange new world, but this time he brought the rest of the cast of Re:ZERO along for the ride. Also, the world in question happens to be that of MapleStory M, which just kicked off a crossover event with Re:ZERO that runs through December 2.

MapleStory M players will have 14 days to complete the Re:ZERO 7-Days Attendance Event, which has a bunch of MapleStory M x Re:ZERO themed rewards in store. Some of the bonus items available include a Puck of Gift Boxes, Puck's Hat, Re:ZERO Death Buff, and Drifters of the Other World. There's also a special Re:ZERO title badge, buffs, auto battle tickets, and more that can be yours for collecting Emilia's Insignia while the event is live.

Other themed items—such as chairs, costumes, emojis, and hats—will be available at the Cash Shop exclusively during the event period. You can learn more about the event on Twitter, or by checking for updates in the iOS and Android versions of MapleStory M.