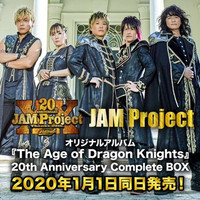 The official website for five-member anison unit JAM Project has posted a five-minute full-length music video for "The Age of Dragon Knights," the lead track from their sixth original album of the same name, which will be released as their 20th anniversary album on January 1, 2020.

The internationally popular unit was formed on July 17, 2000, and have released 70 singles, five original albums, and 13 best albums. Their upcoming new album includes new songs written/composed by the members themselves and various artists who have respected them, such as ALI PROJECT, angela, FLOW, GRANRODEO, Shiho Terada, Aki Hata, Makoto Miyazaki, R・O・N, and Yuki Kajiura. 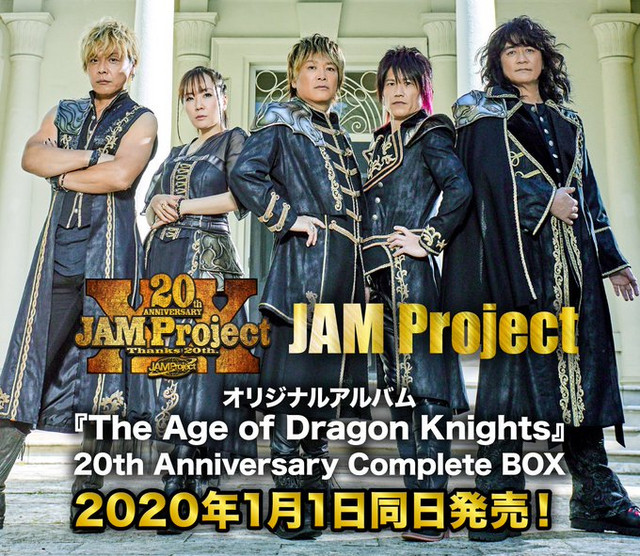 "The Age of Dragon Knights" MV: 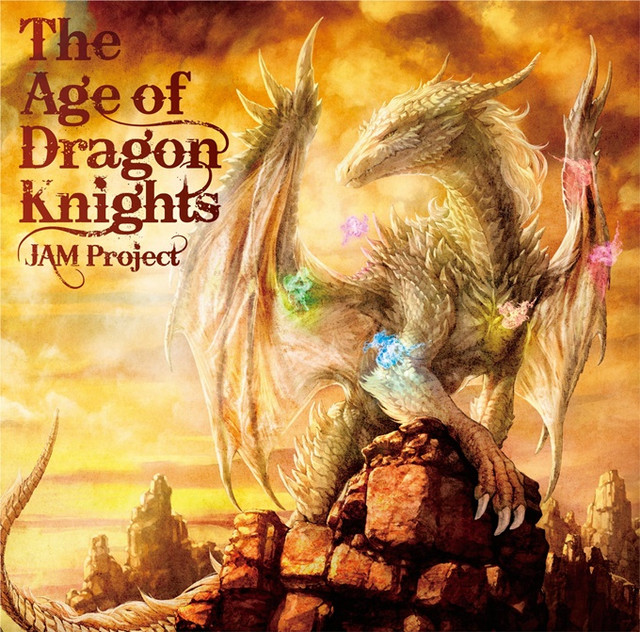 1. "-overture - to the next era" (composed/arranged by Yuki Kajiura)

8. "Freaking out! Fukkatus no Oi! Punk-" (written&composed by Hironobu Kageyama)

10. "Giant Swing" (written by KOHSHI/composed&arranged by TAKE) - from FLOW

11. "KINGDOM of 'J'" (written by Aki Hata/composed&arranged by Shiho Terada)

Also on the same day with the album, "JAM Project 20th Anniversary Complete BOX" including 21 CDs and three Blu-rays will be available.

VIDEO: LiSA Belts Out Back Arrow OP Song "dawn" In The Background of Sky and Flames