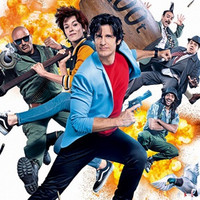 The 92-minute Japanese dubbed edition earned a modest 47,883,700 yen on 38,676 admissions in its first three days, which was about 18.6% of the first two-day gross of the City Hunter anime franchise's latest feature film City Hunter Shinjuku Private Eyes released in February 2019. The French adaptation is expected to end its Japanese theatrical run with around 200 million yen.

"Ike! Core Fighter" (Go! Core Fighter), the first part of the five-part compilation film project based on the 2014-2015 TV anime Gundam Reconguista in G was released in 24 theaters on November 29 for a limited run of two weeks. Although it was not an all-new film, it made a surprising No.1 debut in the mini-theater ranking of the weekend.