Riko from Aqours is no idiot sandwich in this cute CM 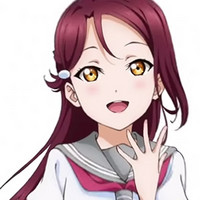 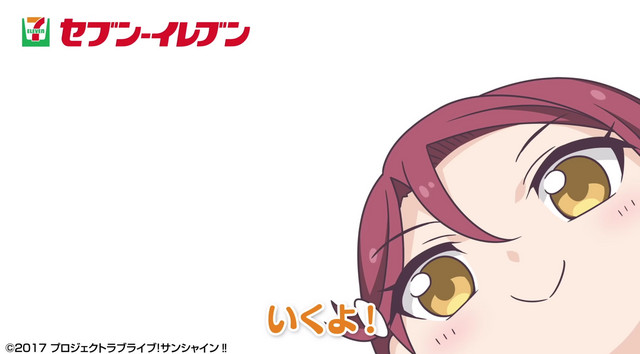 Out of all the anime commercials coming out this week, this one featuring Riko Sakurauchi from Love Live! Sunshine!! came straight out of left field. The collaborating is made to promote 7/11 Japan’s new Fluffy Sandwich Range that can be heated up for wintertime. If you buy an item from the full range – which includes cold food as well – you’ll get one of six Riko themed receipts.

Just watch the video and enjoy:

The adorable video above uses Japanese wordplay to make the best of puns. The first part of each of the jokes uses the Japanese counter of “ko” to count the sandwiches, going from “ikko” (one sandwich), to “niko” (two sandwichs), to “sanko” (three sandwichs). They then swap out “niko” for “Riko” and “sanko” for “sando”, a shortened form of the full Japanese name. Why they didn’t just get Nico from the original Love Live! Series, I don’t know. 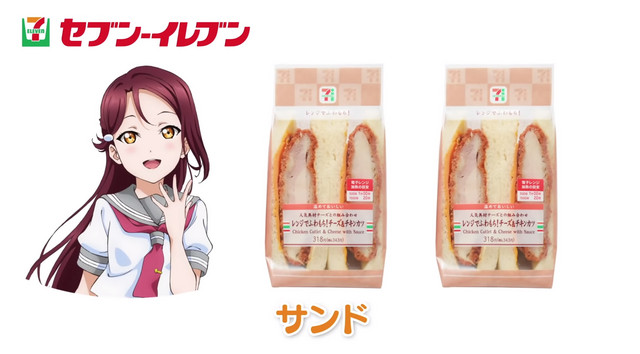 The next joke uses “Santa” in the place of “sando”, which both makes sense for the season and for our eyes seeing Riko is such an adorable outfit. 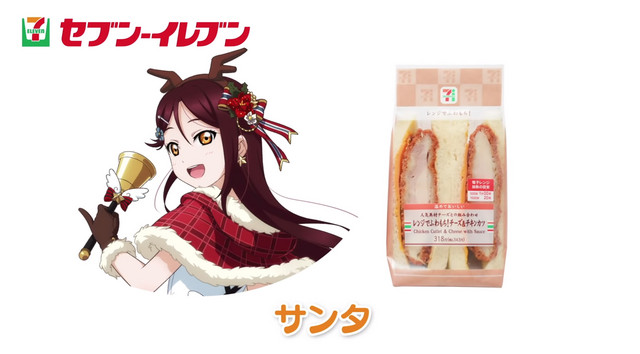 After that, the whole video goes a bit off the sleigh, bringing in the fallen angel Yoshiko (which can sound like Riko if you stretch it enough) and then an Erlenmeyer flask…   The Japanese name is “Sankaku Furasuko” (triangle flask). 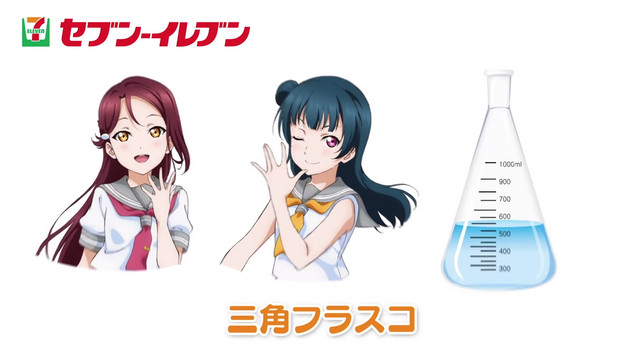 And finally, inserted as the last “san” object is the Southern Cross, a constellation usually seen from, and associated with, Australia. 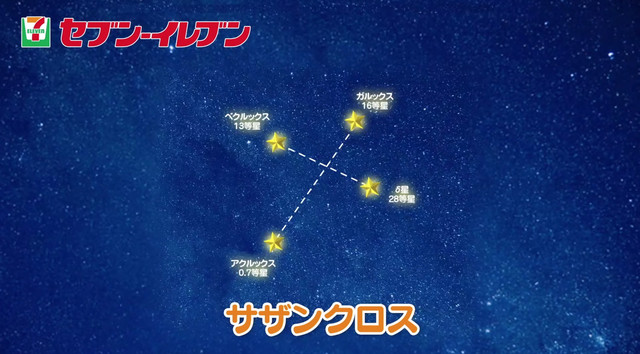 The Riko Sakurauchi campaign is currently active until December 22. You can watch Love Live! Sunshine!! on Crunchyroll.