"The Quintessential Quintuplets" jumps up to second 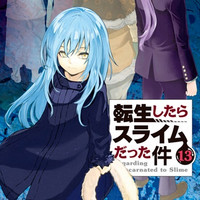 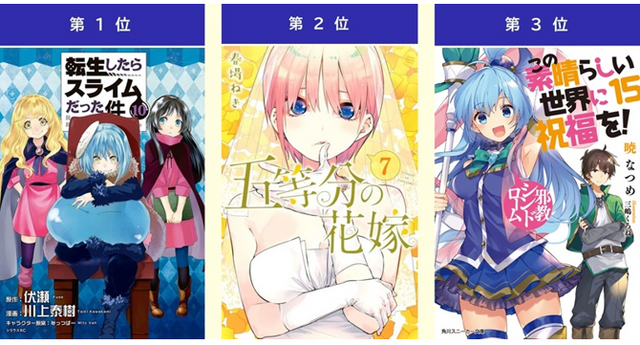 Book Walker, one of the largest digital bookstores in Japan, reported its sales rankings of 2019 for ten categories, based on the digital sales figures between November 1, 2018, and October 31, 2019. The store opened in 2010 and has offered various digital books from major Japanese publishers, including Kadokawa, Kodansha, Shueisha, and Shogakukan.

Following last year, the top-selling series in its overall ranking of this year was the manga adaptation of Hase's That Time I Got Reincarnated as a Slime fantasy light novel series, illustrated by Taiki Kawakami. The manga has been serialized in Kodansha's Monthly Shonen Sirius since March 2015 and has released 13 tankobon volumes so far. Meanwhile, Fuse's original novel series slipped 12 positions down to 21st from last year's ninth. The total print run of the whole series has reached 15 million copies by November 2019.

Coming in the second was Negi Haruba's comedy romance manga The Quintessential Quintuplets. It didn't ranked even in top 50 last year. The manga has been running in Kodansha's Weekly Shonen Magazine since August 2017 and has had 12 tankobon volumes. Its total print run has surpassed 7.2 million copies by September 2019, and it has also become the fifth top-selling manga series of 2019. As reported, the author has confirmed that it is scheduled to be concluded in its forthcoming 14th volume that is expected to be released in the spring of 2020.

1 (1). "That Time I Got Reincarnated as a Slime" manga (Taiki Kawakami/Kodansha/Monthly Shonen Sirius) 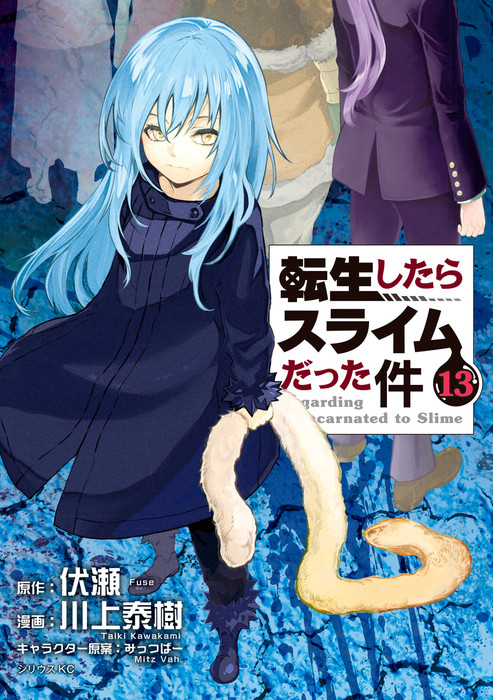 4 (4). "Is It Wrong to Try to Pick Up Girls in a Dungeon?" novel (Fujino Omori/SB Creative/GA Bunko)

1 (1). "That Time I Got Reincarnated as a Slime" (Taiki Kawakami/Kodansha/Monthly Shonen Sirius)