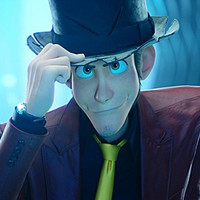 The 48-year-old Lupin The Third anime franchise's first full 3DCG feature film Lupin The Third: The First was released in 348 theaters across Japan on December 6, 2019, then earned 245 million yen on 77,000 admissions on its first Saturday and Sunday, ranking second in the weekend's box office. The result was 37.7% of the first two-day gross of the 2013 film Lupin the Third vs. Detective Conan: The Movie.

The Takashi Yamazaki (Space Battleship Yamato, Stand By Me Doraemon)-directed film has received positive reviwes and ranked No.1 in Pia's first-day satisfaction ranking with a 91.5 approval rating. It earned over 300 million yen in its first three-day and is expected to end its domestic run with around 1.5 billion yen.

Thanks to the seven-part bonus sequel novel written by the original novel author Fumiaki Maruto, Saekano: How to Raise a Boring Girlfriend Fine has stayed in the box office top 10 for seven consecutive weeks. In its seventh weekend, the 115-minute film to conclude the series still ranked the same ninth position with last week, and its total box office gross has reached 660 million yen to become the 17th top-grossing Japanese anime film of 2019.

"Lupin The Third: The First" trailer:

Steal a Look at Lupin the Third vs. Cat's Eye Crossover Anime in New Visual, Trailer