"I want to sing in my own way to become an artist who can sing for ten years and more." 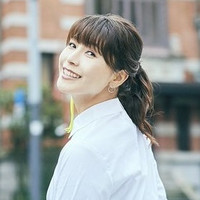 Voice actress Emi Nitta, best known as Honoka Kosaka in the Love Live! franchise and as a member of its VA unit μ's, announced on her official blog today on her 34th birthday that she will release her re-debut single "Sing Ring" from the StaryCats label on March 25, 2020. It will be her first single as a solo singer herself in three years since her fifth single "ROCKET HEART" in March 2017.

While working as an anime voice actress, she released five solo singles and two original albums from Bushiroad Music's emitsun label from 2014 to 2018.

"As an artist, I have decided to make my re-debut from StrayCats. I have not been able to deliver new music for the past few years, but I am very happy to have a wonderful relationship and be able to restart my music activities. In 2020, I will celebrate the tenth anniversary for my voice actress activities, and I have formed a new team with Kisara-san, a producer who has been supporting me for a long time since my debut. Facing my own music, I want to sing in my own way to become an artist who can sing for ten years and more. Thank you for your continued support. "

Emi Nitta has been also confirmed to join the recording for μ’s' long-awaited new single "A song for You! You? You!!" to be released in Japan on March 25, 2020, the same day with her new so lo single.