Producer Hirotsugu Ogo talks about his long career as an anime producer and the meta-humor of the isekai genre. 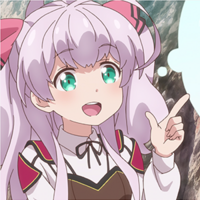 Didn’t I Say to Make My Abilities Average in the Next Life?! is a delightful new show that began airing this season. Combining an isekai setting with very personable, cute, and funny characters into an absolutely charming final product that lies somewhere between Comic Girls and Sword Art Online. We had the pleasure of talking with Hirotsugu Ogo, one of the producers on the series, about anime production, the power of animation, and what to expect out of the series!

Can you tell us a little bit about your career and how you ended up becoming a producer?

Ogo: I’ve actually been with the same company for 16 years, after graduating from university, and I joined the animation arm of the company. In the first year I was working on promotions and the ad side and after that I moved to the production side, and that’s kind of been my journey.

Many Western fans are unfamiliar with what producers are responsible for. Could you walk us through a day in the life of an anime producer?

Ogo: One big facet of it is researching what the next big project might be, what project that might be appealing to the fans. That might include hitting up the bookstore and looking at what kind of source material is out there, as well as hitting up publishers. There’s also a fair amount of desk work and administrative work, as well, that might involve the studio such as dubbing and recording, working on the scripts, and putting together the schedule and everything like that.

What draws you to this role as opposed to any other role in the anime industry?

Ogo: In particular, I find that the creative process of working on the scripts is very rewarding and fun. Additionally, recording the music and working on the music itself is also rewarding and fun. I am not necessarily on the animation production side, so I don’t necessarily work on the scheduling and logistics there. So, it is a lot of work but I find those particular experiences rewarding.

You’re a producer on the new anime adaptation of the light novel titled Didn’t I Say to Make My Abilities Average in the Next Life?! Could you give a brief description of the series and why fans should be excited for it?

Ogo: In the real world, the main character is very smart and skilled, is involved in extracurricular activities and is very well-regarded. Because of that, she’s maybe a little bit intimidating to some of her peers. So when she is transported to the next world, the fantasy world, she wants to live a normal life, like normal skill sets, be more average, so she can get along with her peers better and lead a more average life. God makes a mistake and gives her extraordinary skills in this fantasy world anyway. So, the story’s kind of about the journey of her trying to figure out how to still lead an average life and maintain good relationships with her peers in this fantasy world even though she has extraordinary skills.

How was Didn’t I Say to Make My Abilities Average in the Next Life?! chosen for an anime adaptation?

Ogo: The main appeal I found in this is that, in Japan and the US, the isekai genre has been very popular. In this genre, more particularly, male protagonists are very common. And in this, in particular, the main ensemble, including the main character, are all girls and that’s very refreshing. I also find the author’s rapport between the characters to be really funny and interesting. So, a lot of meat to work with.

It seems like recent isekai series like Average Abilities are becoming self-aware about the genre and starting to make comedy out of some of the cliches. What do you think about this recent trend?

Ogo: In Japanese anime, there have always been a lot of comedic series that are self-aware and kind of make fun of itself. It’s just that now that the isekai genre is so popular and there are more titles under the umbrella of isekai, I find that the content is splintering into different genres underneath that genre. Up until then you might call the isekai genre straight fantasy action. But now you have one that might be more comedy-oriented under that genre, there might be one that focuses on food, there might be one more that focuses on different facets. So, I think it’s just like a symptom of genre evolution, due to the popularity of isekai series.

How closely have you and your team worked with FUNA, the author of the light novel of the anime adaptation?

Ogo: I’ve had meetings with FUNA-san maybe three or four times. The first time, obviously, is to introduce the main staff, the directors and producers and say hi. FUNA-san also has attended the recording process of the anime. Actually, he plays more of an advisory role where he’s consulted when we have questions about the main beats of the story, or maybe general broad strokes of the character design. Or if maybe we come upon a question we have, in the script-writing process, about what the character motivation might be or something like that, we’ll consult him. It’s been a very collaborative and great relationship.

What are some of the challenges and benefits specific to adapting a light novel as opposed to a manga or a video game?

Ogo: So, what’s difficult, unlike in a manga or a game, there’s no visual references. You can’t really see the characters as much. So, that’s a lot of work when adapting. Having to really come up with the character design and work on the visuals. But on the other side, because it’s all text, it’s a light novel, all the kind of feelings and emotions and the sentiments of the characters are written. And so it’s actually quite articulate, sometimes more so than a manga or game. So, that’s actually convenient.

What is unique about the way anime tells stories as opposed to other media like film?

Ogo: I feel like in certain ways, maybe movies do have an advantage. For anime, to broadcast on TV, there may be a lot of restrictions just because it’s a public broadcast. So there can be some challenges in not being able to express certain things, whether it might be violence or just any kind of adult content. Movies typically have explicit ratings allowing the producer to choose the rating and express the creativity in that way. Having said that, movies are limited in its runtime. Being 90 minutes, 120 minutes, while TV series have maybe 12 episodes. So, there’s a lot more time for storytelling and character development that might not be possible for a movie.

What should Western anime fans look forward to the most in Average Abilities?

Ogo: I hope they can see how cute the girls can be. And that points to the aesthetics and the visuals and the character design themselves. Not just that, but also I’d like the fans to pay attention to camaraderie between the four girls and of course they do go on quests and there are challenges. Also, there are slice-of-life moments and I’d like the fans to gain some motivation and positive energy from the show in that sense.

Well, thank you so much for taking the time to talk to us today. Anything else that you’d like to let us know before we end the interview?

Ogo: Now that we’re in the information age, international territories and international fans can enjoy anime all over the world at the same time the Japanese audience can enjoy it. This gives me, as a producer, great joy and motivation and I look forward to keeping up, keep pursuing, compelling content. Not just for Japan but for the world.

Tags
didn't i say to make my abilities average in the next life?!, hirotsugu ogo
« Previous Post
Sword Art Online: Alicization Lycoris Launches on May 22, 2020
Next Post »
Gungrave G.O.R.E. Pushed Back to Sometime in 2020
Other Top News
4 Comments
Sort by: