The true winner is Megumin, who got 56,870 more actual points than Aqua 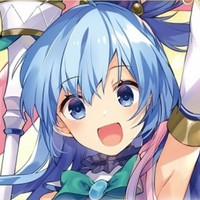 KADOKAWA finally announced the final result of the second online general election for the 38 characters in Natsume Akatsuki's KONOSUBA: God's Blessing on this Wonderful World! comedy fantasy light novel series today. The online vote was held between November 1 and December 5, 2019, in commemoration of the recent box office success of the Legend of Crimson anime film and the release of the novel's latest volume. The total number of votes was close to 300,000.

As with the interim report in the middle of November, Aqua dominates the ranking with a huge 3,389,400 points, which is 4.48 times more than Megumin's 755,870 points in second place. But the true winner is Megumin again, even if Aqua says there was no injustice.

As explained before, fans were able to vote for their favorite KONOSUBA character once a day every day by pushing a voting button during the voting period. Each character got ten points per vote. But only Aqua had two-type of the voting buttons: one for a regular fan with ten points and another for a believer of The Axis Order with fifty points. 3,363,000 points of her total points were voted through the latter. So, if she didn't have the bonus button, her actual point would be 699,000, which would put her into second place in the ranking, behind only Megumin.

However, the result is the result. The novel's author Akatsuki is writing two original short stories: one featuring only Aqua and another featuring the two of Megumin and Darkness. The former will be included in the short story collection book "KONOSUBA: God's Blessing on this Wonderful World! Yorimichi!" and the latter will be in the fifth volume of Akatsuki's another light novel series Sento-in, haken shimasu! / Combatants will be Dispatched!. The two books are set to be released simultaneously on January 1, 2020.

In addition, the first part of a newly-recorded audio drama "Ikasama Megami ni Tenbatsu wo!" (God's Punishing on The Cheating Goddess!) featuring Aqua (Sora Amamiya) and Kazuma (Jun Fukushima) will come with the fifth volume of Sento-in, haken shimasu as a bonus, while the second part will be the bonus for "KONOSUBA: God's Blessing on this Wonderful World! Yorimichi!" 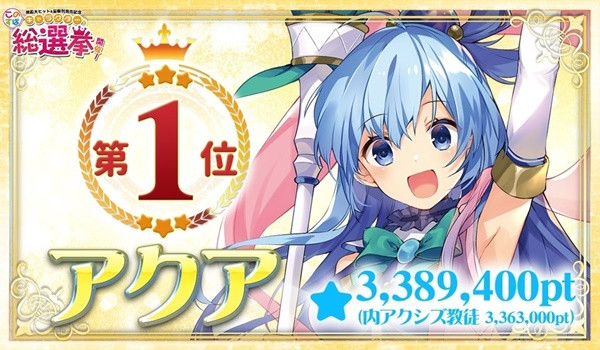 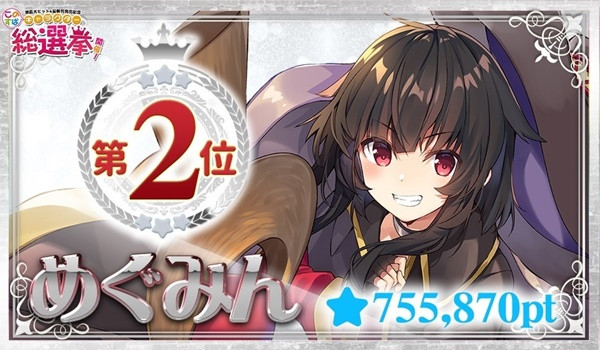 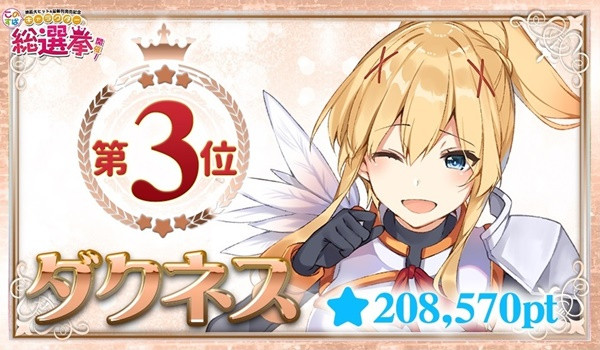 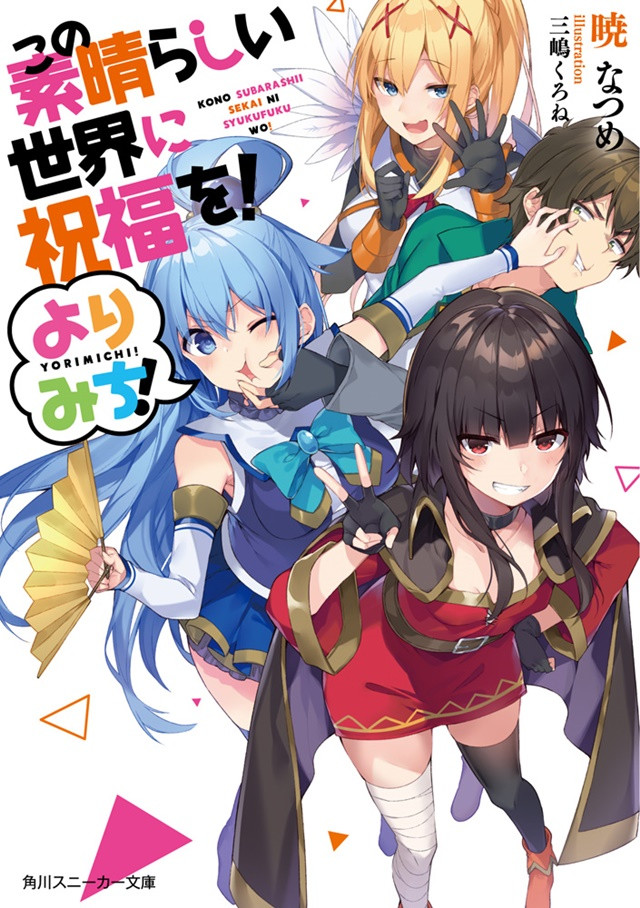 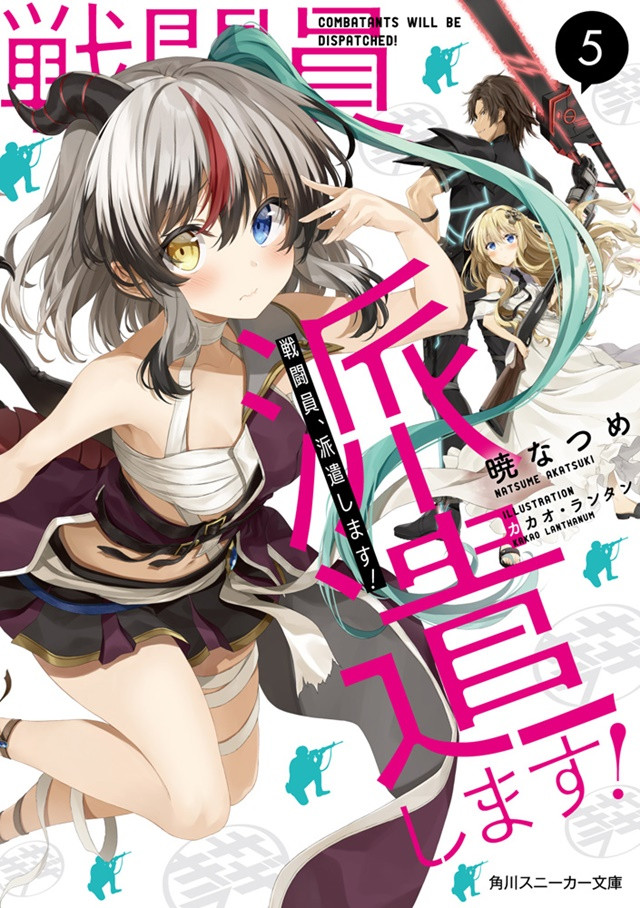