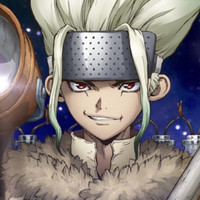 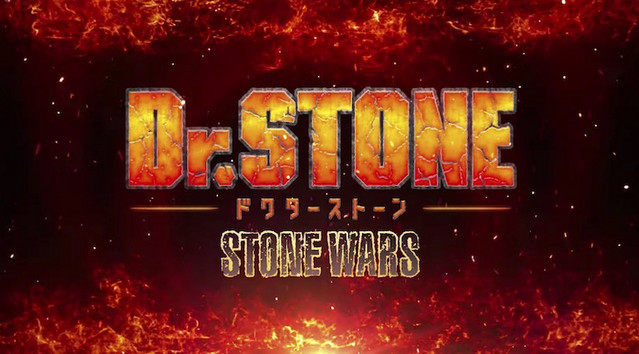 Last week saw the end of the first season of the Dr. STONE anime and the announcement of season 2, so now it's time to look ahead to the STONE WARS to come. The series is already doing that with a new key visual that has Senku geared up and ready for battle.

The text on the visual teases that the battle between the Kingdom of Science and the Empire of Might is about to begin. 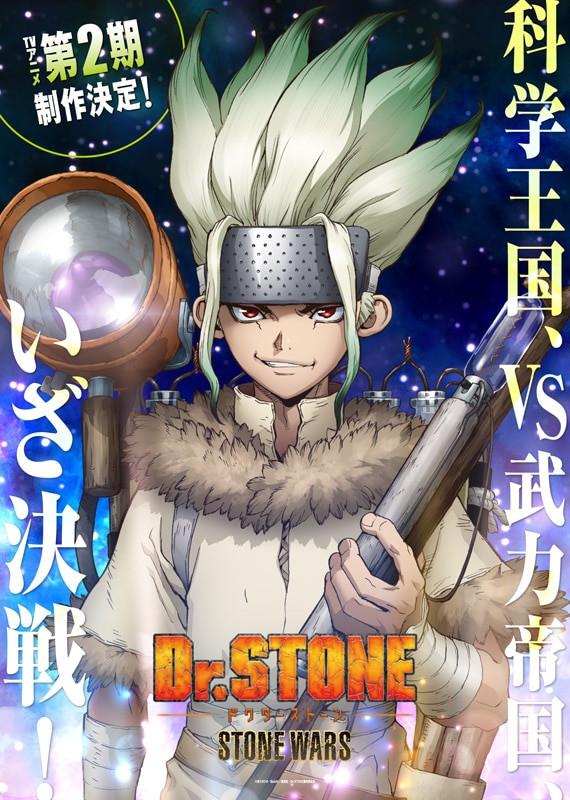 Here's the teaser from last week: