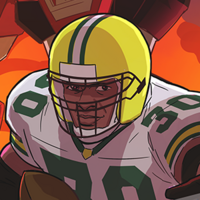 Today's profile is on Ahman Green, a former NFL star running back for the Green Bay Packers and member of their Hall of Fame. In his retirement, Green has devoted a lot of his time to gaming, working as the Director of Business Development for ESTV—a 24-hour digital network dedicated to esports. But Green is also a big fan of anime, with some of his favorites including Voltron, One-Punch Man and Attack on Titan. We spoke with Green about how Volton started him down the path to becoming an anime fan, bonding over Death Note with his daughter, and more! 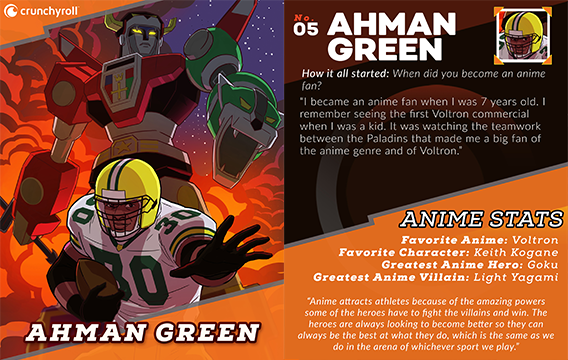 I became an anime fan when I was 7 years old. I remember seeing the first Voltron commercial when i was a kid. It was watching teamwork between the Paladins that made a big fan of the anime genre and of Voltron.

The other ways I engage with my favorite anime series or characters is by wearing Attack on Titan T-Shirts, and a Death Note Notebook that I keep in the living room of my house. I have also gone to Comic-Con San Diego the last 7 years with friends and family. 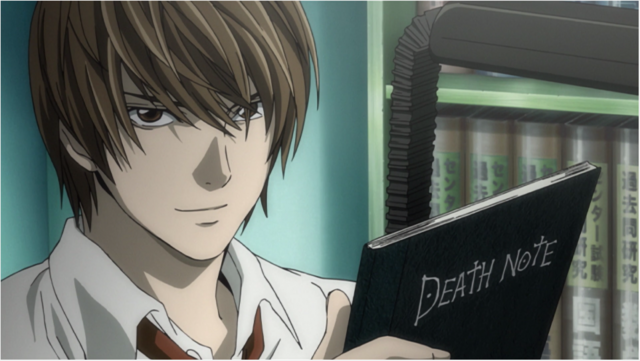 I have bonded with one of my step-daughters, Aaliyah, through the manga series Death Note. Aaliyah brought the manga series to me because she knew I loved horror stories. Once I started watching the first episode I love it and watched every episode from that point on.

My favorite anime series of all time has to be Voltron. I like the Voltron series because being an athlete I could relate to the Paladins becoming a team and working together not only to form Voltron with the 5 Lions, but also to know how to work together, poke fun at each other and become a family. It was always cool to see how Voltron defeated Zarkon’s RoBeast at the end of every episode! 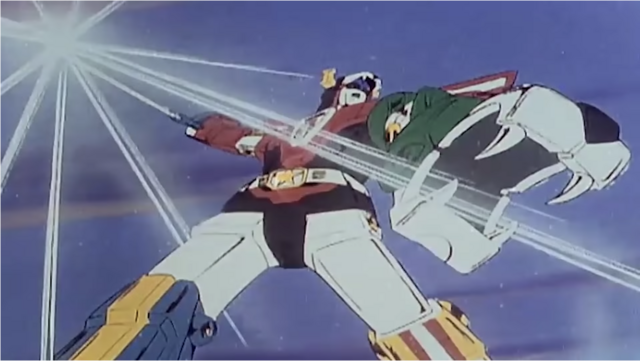 My favorite anime character of all time has to be Keith Kogane. Keith piloted the Black Lion, which forms the torso and head to Voltron. Keith is my favorite character because he was the leader of the Voltron team. He prepared the team for each of Zarkon’s attacks throughout the anime series, and was the protector of both the Princess Allura and the universe.

My top anime heros are Keith Kogane, Goku and One Punch Man. Keith Kogane’s leadership, skills, and strategic planning to help defend the earth against several attacks for Zarkon -- Keith is #1 on my list. Goku is #2 because of his amazing work ethic. He’s able to train his body to fight whatever threat comes to planet earth and destroy it, even if it means training on another planet that has zero gravity so he can be faster than the villains he has to fight. One Punch Man is #3 because his job is not that hard, as it only takes One Punch in most fights to win (LOL). I like how he fights through boredom and depression to still be a hero for humanity.

My top Anime villains are Light Yagami, Frieza and the Titans:

#1 Light Yagami: like all villains, he thinks he’s doing nothing wrong by riding the world of bad people, but he begins to cross the line by killing a few innocent people in the process. His ego gets in his way of being a hero, becoming a villain in the end.

#2 Frieza: I like Frieza because he is bad ass and that can fight. Frieza tries to be funny, but that is a stretch at times. However, I like his effort at being the comic relief in DBZ. I also like that he keeps coming back for more after he loses fights to Goku, Gohan, Piccolo or Trunks (gotta love it!!)

#3 The Titans: The Titans are blood-thirsty man eating bad guys! They destroy everything in their path. That is what a villain’s job details are in the fine print (LOL). Need I say more?!? 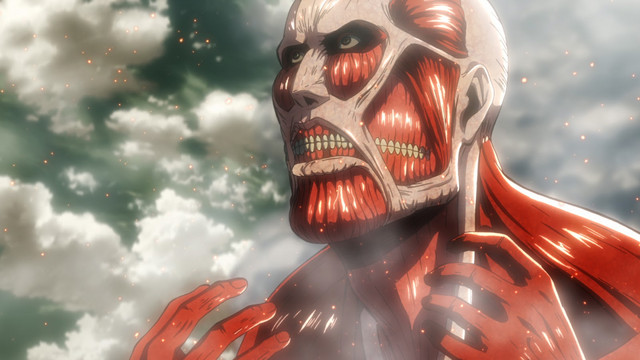 If I took any learnings from anime it’s that you have to have team work to win. If you do not, your planets or universe will be controlled by blood-thirsty bad guys that will make you & your family their slaves for the rest of your lives.

The athletes in the NFL relate to the characters like I did when I was a kid and now NFL players can talk about their love and admiration for these anime characters and be accepted by everyone else. Anime attracts athletes because of the amazing powers some of the heroes have to fight the villains and win. Also, in my opinion, anime shows the work ethic it takes to stay sharp at what you do. The heroes are always looking to become better so they can always be the best at what they do, which is the same as we do in the arena of whichever sport we play. 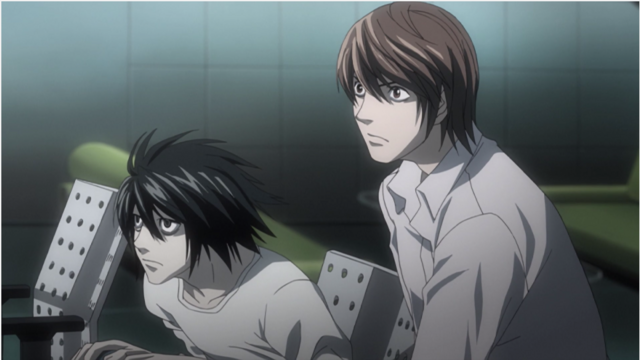 To someone just discovering anime, I would tell them to find something that fits their interest. For me, it was the Voltron when I was a kid because I love action & battles. From there, it grew to watching horror and that's why I enjoyed DeathNote and the story it told about Light & L and their battle in the world of Demons and good & evil. Also, take your time -- there are hundreds and hundreds of anime out there that you will enjoy one day, so have fun while you watch!!!