Gainax at 35 and Before: A Look Back at the Daicon Openings

Before Evangelion and Gunbuster, the founders of Gainax made their mark with these two shorts 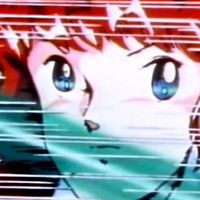 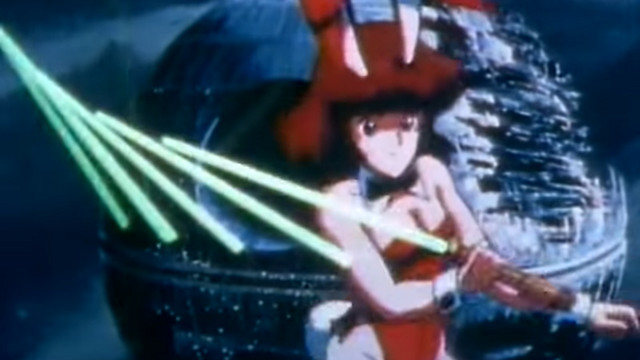 Gainax Studios was officially founded 35 years ago today, and would go on to bring us classics like Royal Space Force - The Wings of Honneamise, Aim for the Top! Gunbuster, FLCL, and (of course) Evangelion. Hideaki Anno, Takami Akai, Hiroyuki Yamaga, and the rest of the studio's founders have created memborable titles throughout the years. But before Gainax was Gainax, they were a group of art students making shorts under the name Daicon Film: specifically, a now-famous pair of openings for the aforementioned science fiction convention.

They brought us here, and now we're taking you back again: to the two creations that caught the eye of the anime world and showed what we were in for in the years to come! 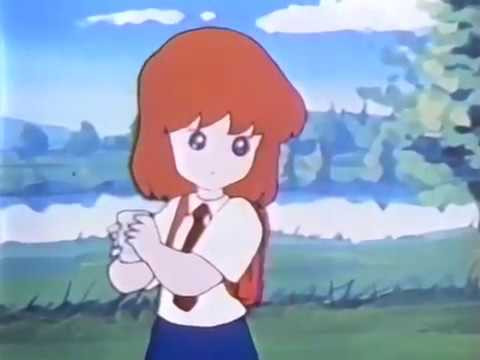 In 1981, the trio of Anno, Akai, and Yamaga were commissioned to create a short opening feature for the upcoming Nihon SF Taikai. The event, which began in 1962 and still runs to this day, changes its name depending on where it's being held and by whom. When in Osaka, it is referred to as DAICON, literally "big con," but also a pun on daikon radishes. '81's event would be DAICON III.

With the help of Toshio Okada and Yasuhiro Takeda, the three produced the 5 1/2-minute short in an empty room of Okada's house. The three worked non-stop, with a hand here and there on tracing and painting, on as much of a shoestring as you can imagine. Vinyl "cels" were cut from a roll mocked up by a vinyl manufacturer at a fraction of typical animation cel price, and they got what they paid for when it came to durability. A tripod-mounted camera was used for filming, and with no timing sheet to work from, Anno called out the shots himself.

The result was this:

While obviously the work of a small team, the DAICON III opening shows immense amounts of promise. Anno was already known for his mechanical animation skills thanks to a local tire commercial, and it shows through here. Akai animated the characters, including the superpowered schoolgirl. The story is simple (our heroine is tasked with protecting a glass of water, with which she waters a wilting radish that becomes the spaceship Daicon), and makes room for innumerable references. Look for cameos out of Ultraman, Godzilla, War of the Worlds, Starship Troopers, Star Trek, and Star Wars... and yet, there are no characters from works by Osamu Tezuka.

After a heavy hint from Tezuka himself, the team made sure not to repeat the omission.

DAICON IV: Message from Another Time 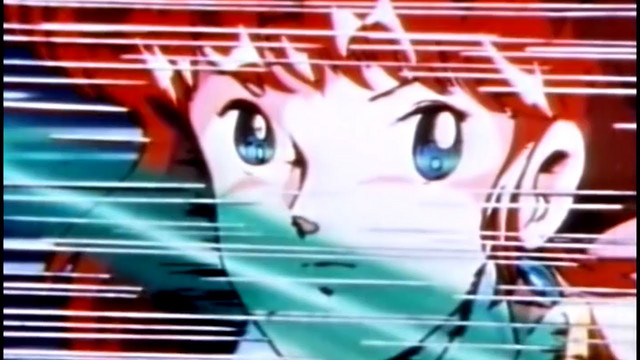 Nihon SF Taikai would return to Osaka in 1983, and the group now known as Daicon Film would return as well... but this time they had increased in number, budget, and ambition.

The opening to DAICON IV credited a dozen people with production, and was made under far more grueling conditions. With animators working overnight in a studio situated inside a textile factory, it's no wonder the animation quality increased exponentially—and also no wonder they chopped the project's initial 15-minute runtime down to less than 1/3 of its original ambitious length.

One unpleasant production schedule and an (unlicensed) ELO track later, they had the DAICON IV opening. Our schoolgirl was back, but now all grown up and sporting a Playboy bunny costume. The animation is gorgeous, frenetic, and sometimes chilling. After fights between a cavalcade of sci-fi and anime heroes, an atomic bomb wipes out the earth, followed by a beam of light from the spaceship Daikon resulting in a flourish of rebirth. Finally, there's a flurry of characters—and if you had trouble keeping track in the rest of the video, just wait.

With copies of both animations being sold to recoup production costs, the DAICON openings are arguably the first ever OVAs. Beyond that, they're a cultural benchmark, both for anime fans and for the creators who are still making amazing anime to this day. 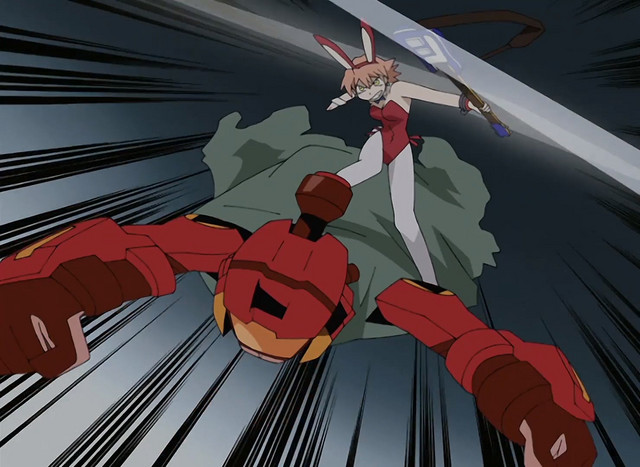 Even if this is your first time seeing the shorts, some of the visuals may look strikingly familiar. There's been no shortage of callbacks to the iconic openings over the years, both within and outside of Gainax.

FLCL fans will likely recognize the flying bunny girl from Haruko's own adventures... though with fewer swords and more robots and guitars. In case you miss the reference, she even gives a shout of "Daicon V!" to drive it home. 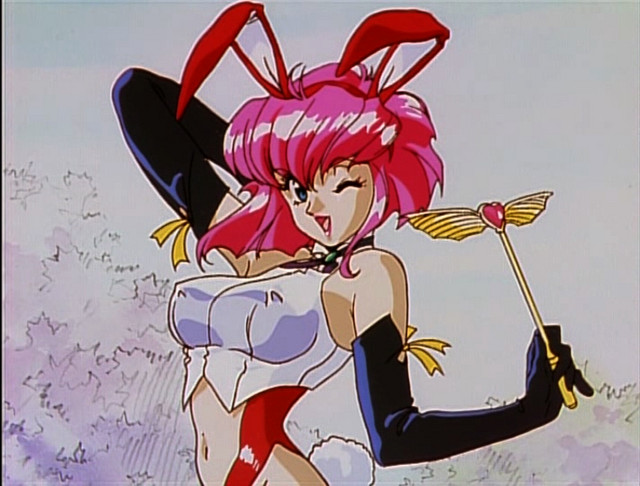 Earlier on, the studio paid tribute to the DAICON girl in Otaku no Video, the story of a pair of anime fans who go on to start their own studio and become "Otakings." The OVA is based extremely loosely on the early days of Gainax, with Studio GIANT-X making their debut with a character named Misty May... who, like the DAICON girl, transforms from a schoolgirl into a busty bunnygirl. 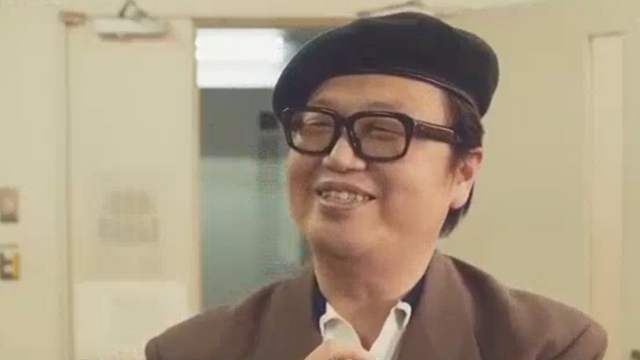 A much more on-the-nose depiction of Daicon Film's early days occurs in the series Blue Blazes, based on the manga by Kazuhiko Shimamoto. Shimamoto attended the Osaka University of Arts with the founders of Gainax, and the original manga and resulting adaptation serve as a biography of the founders' early days. In a recreation of a backstage moment from DAICON III, Toshio Okada plays Osamu Tezuka, berating his younger self for "forgetting something." One wonders just how clearly that moment is etched into his memory. 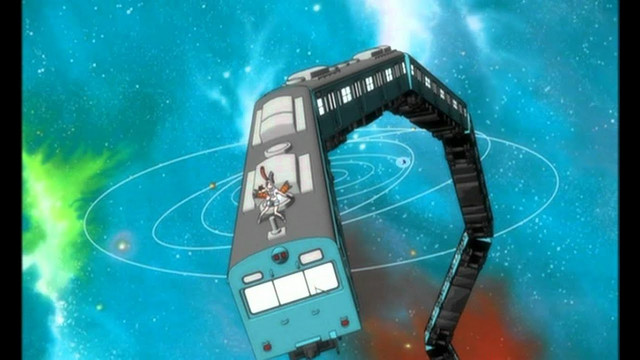 Fans of Densha Otoko will recognize the animation and the music from the anime adaptation's opening: a tribute to the DAICON IV opening, representing the ambition and accomplishments of anime fans. As an added bonus, the music is licensed this time!

The studio we came to know as Gainax was established a year after DAICON IV, and they've gone on to create some of our favorite series over the last few decades. Happy birthday, Gainax!

Are you a fan of the DAICON openings? What's your favorite Gainax anime? Let's celebrate 35 years of awesome shows in the comments!

Nadia's Magical Blue Water Pendant Can Now Be Yours