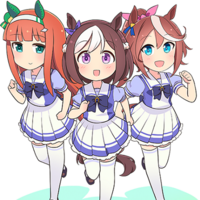 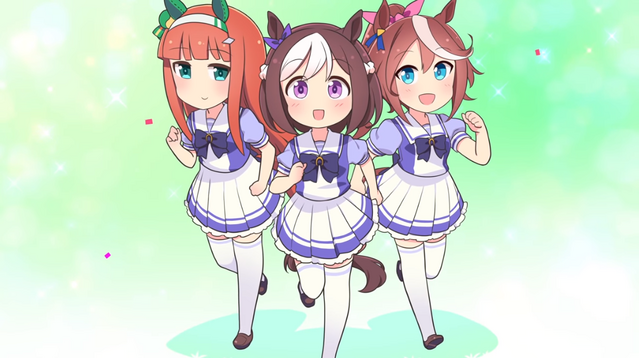 Previously announced way back in December of 2018, it has now been revealed that UmaYon - an Umamusume: Pretty Derby spin-off web comic illustrated by KumaJet and written by Hitoshi Ito - will be adapted into an anime that will be released in 2020. No further details (such as the cast, crew, or format) have yet been revealed.

A four panel comic that is published on the Cycomics website, UmaYon features the humorous, everyday misadventures of the horse girls of Umamusume: Pretty Derby, such as Silence Suzuka, Special Week, and Tokai Teio. At the time of this writing, 91 chapters have been published so far.