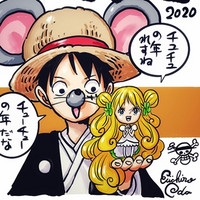 The One Piece franchise's official portal site One Piece .com and its official Twitter have posted a "Happy New Year" illustration newly drawn by Eiichiro Oda. Because 2020 is the Year of Rat according to Chinese zodiac, it features Luffy dressed as a rat and Mansherry, the princess of the Tontatta Kingdom.

As reported, his internationally popular manga series had printed a gigantic 460 million copies worldwide (390 million copies in Japan) with the release of its latest 95th tankobon volume in Japan on December 28, 2019. 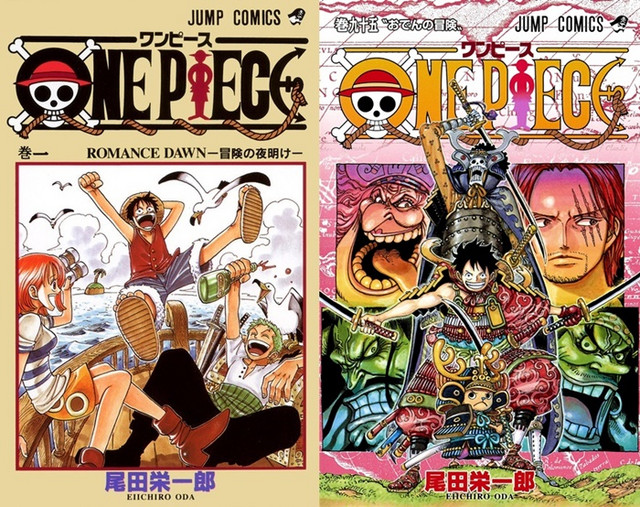