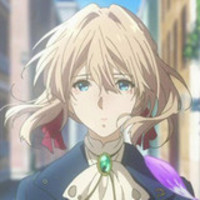 After the first poster debut on December 25, it was announced during a stage in Shanghai on January 4 that Violet Evergarden - Eternity and the Auto Memory Doll - anime film, which was finished one day before the devastating arson attack on the studio on July 18, will be released theatrically in mainland China from January 10, making it the first Kyoto Animation film to be released in cinemas in the country.

A new poster with the release date was shown off, which is based on the Japanese and western posters: 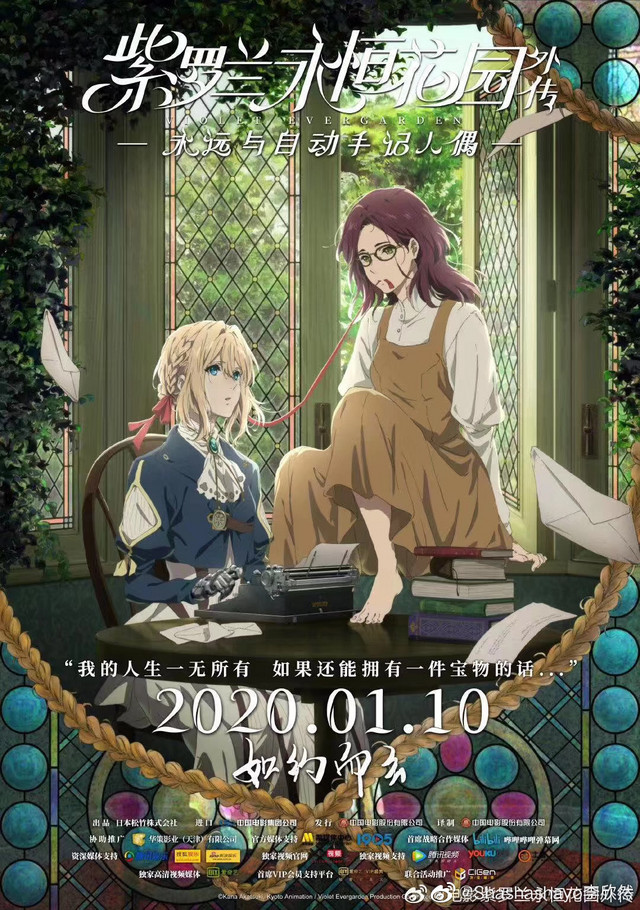 The report on Weibo comes from a former member of the Chinese girl group IdolSchool, Shashashayo, who MC’d the event dressed as Violet Evergarden. Minori Chihara, who voices Erica Brown, and sang the ending theme “You” for the side-story film, attended the stage event and screening in Shanghai.

Violet Evergarden - Eternity and the Auto Memory Doll - initially released in Japan in September 2019 (here’s our review), with the film still showing in some places in the country. The film was released in Australia from December 5 and had its world premiere in Germany in August. Violet Evergarden: The Movie releases in Japan on April 24.