Japan leads the world in tweeting about gaming in 2019 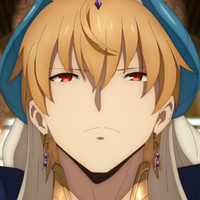 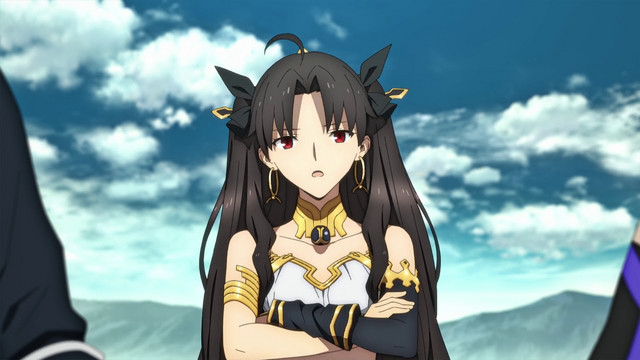 On January 7, Twitter released its rankings for the discussion surrounding video games on the social media platform. Twitter says in a blog post, that “1.2 billion Tweets about gaming” were sent in 2019, making for an increase of 20% from 2018. The social website said that Twitter users tweeted about “the game drops, the fandom, and more, all year long” with one game coming out as a clear winner, Aniplex’s Fate/Grand Order mobile game, a spin-off of the Fate/stay night visual novel turned multimedia franchise. 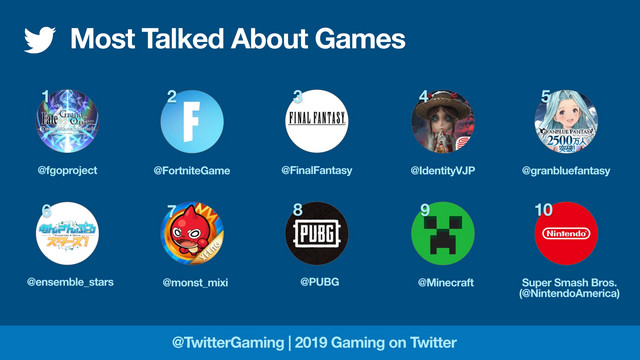 While Twitter usage seems to be declining on the western side of the world, the Asia Pacific region is growing steadily, with Japan making up the second biggest user base for the social network outside of the US. This is reflected in the stats with Japan being the number 1 country talking about video games, with Japanese made games, Fate/Grand Order, Final Fantasy, Identity V, and Granblue Fantasy taking the first, third, fourth, and fifth spot respectively. Fortnite came in second, which still has a large presence in the country thanks to a large market marketing push in metro Tokyo and a Nintendo Switch version. 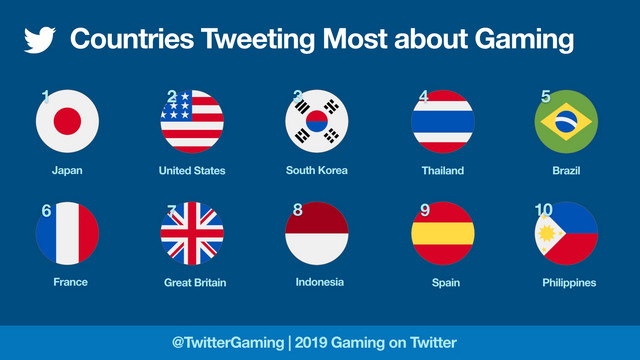 In fact, all top 10 games have a huge presence in the Japanese gaming sphere. While Fortnite might be leading the charge in battle royal games, 2019 saw the rise of esports in Japan, with PlayerUnknown's Battlegrounds leading the PC video game market and Super Smash Bros. Ultimate leading the console fighting game space. 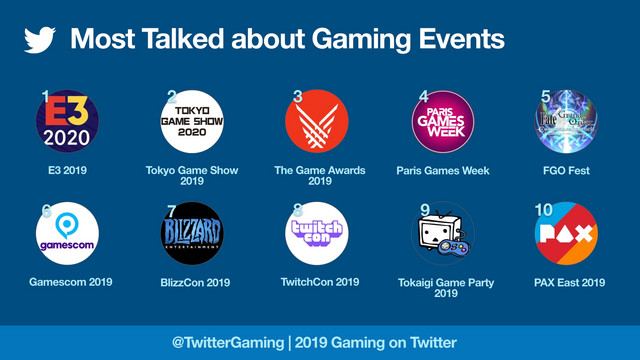 Even the Japanese event, Tokyo Game Show 2019, was the second most tweeted about gaming event on Twitter during the year, behind E3 2019. Fate/Grand Order’s FGO Fest was the 5th most tweeted event, surpassing Gamescom, TwitchCon, and BlizzCon. Streaming website NicoNico's Tokaigi Game Party Tokyo 2019 took the 9th spot, despite not having a huge presence in the western Twitter-sphere. Despite the overwhelming presence of Japan in the Twitter gaming space, no Japanese gaming personalities broke the top ten, with Fortnite streamer Ninja being crowned king.

Crunchies, what do you think about these stats and having Fate/Grand Order being the top game on Twitter? Let us know down in the comments or on social!

Learn about the lore of the biggest game in the world in the anime Fate/Grand Order ‐First Order‐ and Fate/Grand Order Absolute Demonic Front: Babylonia, both streaming on Crunchyroll right now!