Makoto Shinkai's "Weathering With You" earned less than half of "Your Name." 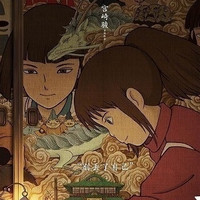 The China Film Administration announced the box office numbers of the Chinese and foreign films released in the year 2019. The cumulative revenue in the Chinese film market in 2019 was 64.266 billion yuan, which was more than 1 trillion yen (about 9.2 billion US dollars).

The top-grossing Japanese film was Hayao Miyazaki's 2001 anime feature Sen to Chihiro no Kamikakushi / Spirited Away, which was released in 9,000 theaters across China on June 21, 2019, 18 years later than its home country, then earned 488 million yuan (70 million US dollars). Miyazaki's 1988 film Tonari no Totoro / My Neighbor Totoro was also released in December 2018, 30 years after its Japanese release.

Share Your To Your Eternity Life Lesson and Enter to Win a Hikaru Utada T-Shirt!