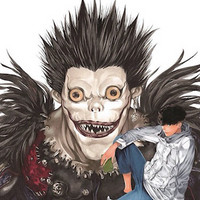 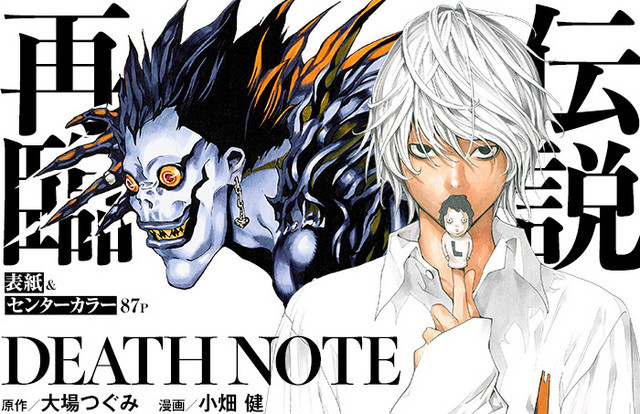 Earlier this month we posted about the first chapter of Tsugumi Ohba and Takeshi Obata's Death Note manga in 12 years, which is set to make its debut in the next issue of Jump SQ magazine, going on sale in Japan on February 4. Now the cover illustration by artist Takeshi Obata has been revealed, and it's a doozy. 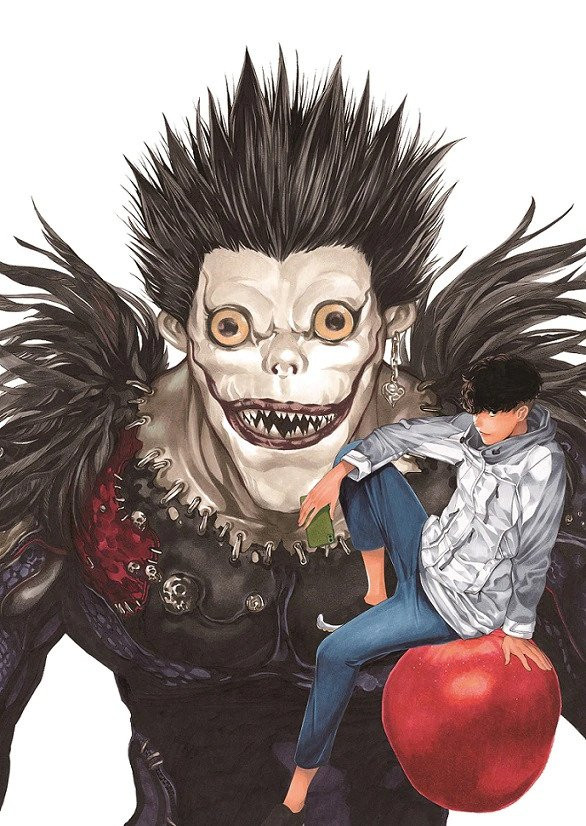 The first 10 pages of the new Death Note chapter were originally unveiled at Obata's exhibition, NEVER COMPLETE. The 87-page one-shot will have Ryuk's Death Note falling to Earth once again after the events of the original manga, and the chapter will include a colored center page.