This summer, get your Double-Double™ Anime-Style in GREAT PRETENDER 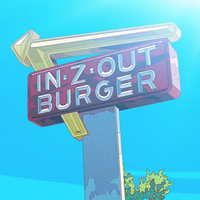 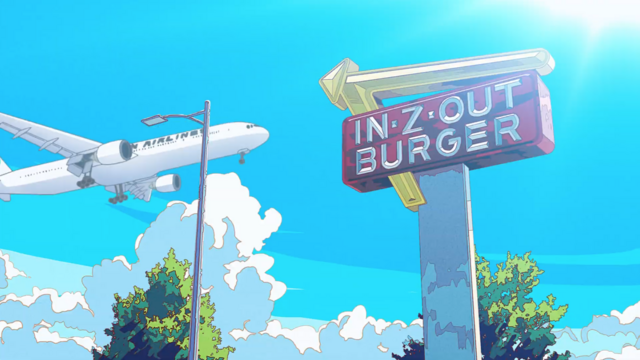 For decades, anime has represented the most popular hamburger chains in delightful ways that just barely clear Japanese copyright guidelines. Whether it’s the many varieties of WcDonald’s/MgRonald’s, or the actual Carl Jr.’s sponsorship in the third episode of Alice to Zoroku, it’s not uncommon for famous American burger chains to make an appearance of sorts in our favorite anime. 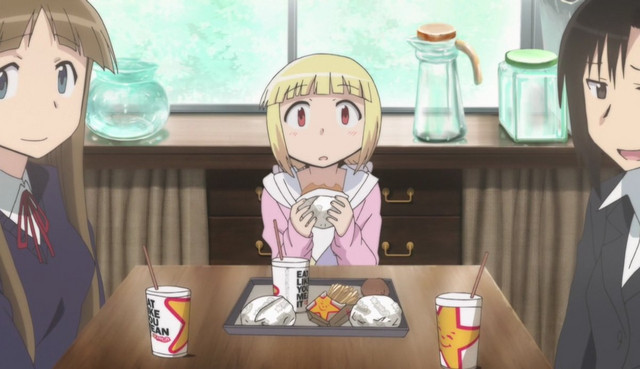 However, for those of true taste and sophistication who happen to live or have visited the best coast of the United States, there is one classic franchise we’ve been dying to see grace our monitors — until now.

Today saw the release of a new 75-second teaser PV for the upcoming WIT STUDIO original「GREAT PRETENDER」, coming this summer. Alongside Yoshiyuki Sadamoto’s (Neon Genesis Evangelion) evocative character designs was something even more breathtaking: in between dozens of classic Southern California sights, the iconic facade of an IN-N-OUT restaurant shone bright — excuse me, the facade of an “IN-Z-OUT”.

GREAT PRETENDER is already gathering a lot of positive buzz online, and given the prestige of WIT STUDIO, the talent of director Hero Kaburagi (91Days), and the manic energy of this PV, it’s not hard to see why.

But the true charm point of the teaser is absolutely the momentary evocation of one of California’s most beloved family-run businesses. Where we’ve seen countless attempts by anime studios to insert a pseudo-McDonald’s into their episodes, the most “anime” we could ever hope for in association with the superior burger establishment was a surprisingly well-written analysis on the best characters to dine at IN-N-OUT with. But no longer. Now, IN-N-OUT is anime. Kind of. 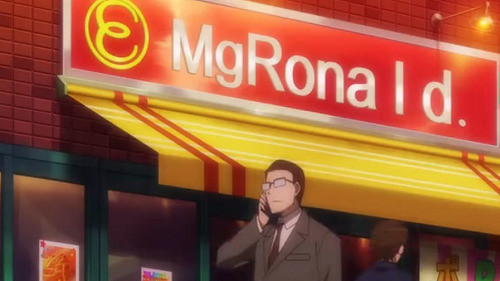 While we wait for GREAT PRETENDER to arrive these next five months (hopefully with many more scenes of the already-iconic IN-Z-OUT), you’ll be able to catch me at the “Crunchy Burger” in one of the five sane states to actually host the home of the Double-Double. Thanks for reading.

Post Script: Researching for this article has reminded me of the existence of the worst tweet of all time. Do not click the link. I’m sorry. I'm really sorry.

Tee Up With This Retro McDonald's and Touch TV Anime Collaboration