The film will feature not only Hello Kitty, but also other popular Sanrio characters 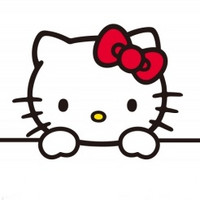 According to Oricon News, at the press conference for the showcase fair "SANRIO EXPO 2020" today Sanrio's managing director Tomokuni Tsuji said that they can't announce the release schedule for the upcoming English-language Hello Kitty film yet. But he also revealed that the screenplay (screenwriter?) is already decided and the production has been on track.

He said that the film is not only about Hello Kitty and that many characters from the company's popular brands will also appear. He expressed his expectation saying, "We hope the characters other than Hello Kitty will become strong characters that can be accepted all over the world."

Back in March 2019, Sanrio announced that it would team up with New Line Cinema and FlynnPictureCo. to create an English-language Hello Kitty film for global audiences. Warner Brothers serves as distributor, FlynnPictureCo.'s Beau Flynn (Skyscraper, Rampage) is attatched to produce, alongside Wendy Jacobson as executive producer.